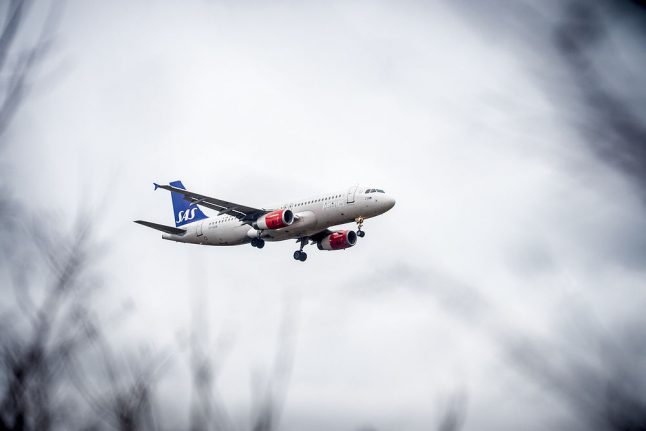 Denmark’s Scandinavian neighbour introduced a new aviation tax on Sunday that will add an extra charge to all passenger flights from the country, in a bid to lessen air travel's impact on the climate.

But the move could also have the effect of rerouting travellers through Denmark, according to shares analyst Jacob Pedersen of Danish bank Sydbank.

“There is no doubt that the pendulum will swing away from Sweden and Norway, which has also recently introduced an aviation tax, when airlines are determining where they want to fly to and from,” Pedersen said.

“My best guess is that Denmark will see a positive effect without us really having to do anything,” he added.

The analyst also said he does not expect a huge take-off in Danish aviation in the wake of the Swedish tax, which was introduced on April 1st.

“But there will be a tendency for airlines to choose Denmark. That will give a better network and options for flights in and out of the country,” he said.

From April 1st, all flights departing from Swedish airports will have an added charge of between 60 to 400 Swedish kronor (six to 39 euros), depending on the destination.

Despite the charge being made per passenger, it is more likely to hit the pockets of airlines than travellers, Pedersen said.

“Competition in the air travel industry is so great that the introduction of tax will not mean ticket prices increase accordingly. So it typically affects the economy of airlines in the end,” he said.

That could amount to as much as one hundred million Danish kroner (13 million euros) for Scandinavian airline SAS in the case of the Swedish tax, Pedersen estimated.

“It won’t be far over one hundred million. Maybe it will cost other airlines more. But for SAS, which flies in Scandinavia so much, it will be very expensive,” he said.

Denmark itself charged passengers airline tax from the late 1990s until 2007, when the provision was scrapped by the conservative government, which said it had a negative effect on the economy.

The current centre-right government in Denmark has said it has no intention of reintroducing aviation tax of this type.