The international space project is under the authority of the European Space Agency (ESA) and led by the Technical University of Denmark’s DTU Space.

The University of Bergen, University of Valencia, Polish Academy of Science Space Research Center, and OHB Italia have all also contributed to the project, which has been in development since 2010.

The launch, which was transmitted by NASA, sent Asim up from Kennedy Space Center in Florida on Monday.

Asim, which stands for Atmosphere-Space Interaction Monitor, was built by DTU Space with the assistance of private company Terma.

The successful launch is the beginning of a journey towards new scientific discoveries, said Terma’s space director Carsten Jørgensen.

“Next we have to deliver the top module, which is called Dragon,” Jørgensen told Ritzau.

“Once that’s done, on Friday April 13th, our equipment Asim will be taken out of the Dragon module and placed on the space station. And then the mission will begin,” he said.

The equipment will be used from the space station to achieve the mission’s primary scientific objective – which is to study the correlation between Transient Luminous Events (TLE) and Terrestrial Gamma Ray Bursts (TGF) which occur in the upper atmosphere above thunderstorms, according to Asim’s website.

“Researchers will record data which describes lightning phenomena in space. This is partly done by recording the lightning, and partly by measuring radiation emitted by lightning, which travels in an opposite direction up into space,” Jørgensen explained.

“The phenomenon cannot currently be explained, either mathematically or physically. But there is a strong suspicion it may have an influence on climate change,” he added.

DTU Space’s senior advisor Torsten Neubert was, like Jørgensen, at the launch in Florida.

Following the successful launch, he said he was looking forward to Asim’s delivery to the ISS on April 13th.

“Shortly after that, it will be switched on. That is really exciting. We’ll be able to say whether there was any damage during the launch,” Neubert said.

“Don’t forget that rockets like this shake and rattle. That’s a lot for an instrument to go through,” he added. 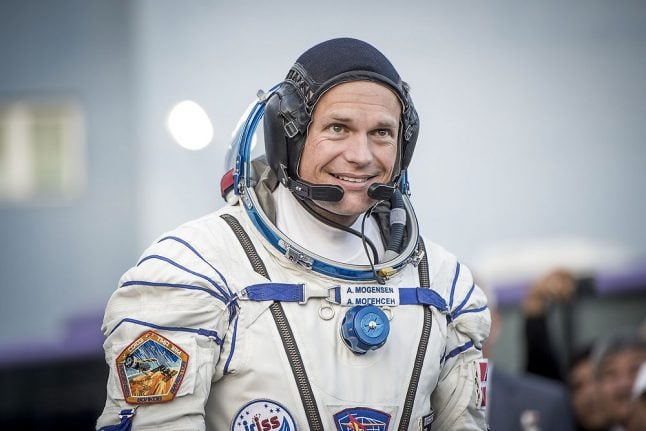 SPACE
Could Danish astronaut be heading for new lift-off?
Url copied to clipboard!