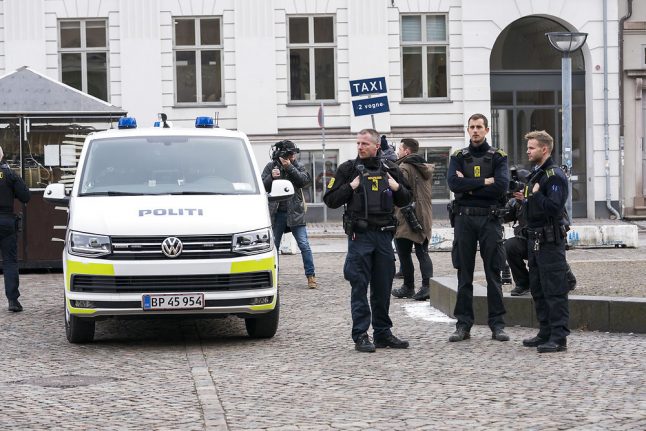 Madsen has argued that Wall, a 30-year-old freelancer, died when the air pressure suddenly dropped and toxic fumes filled his homemade submarine on the night of August 10, 2017, while he was up on deck.

He has admitted dismembering her body and throwing it overboard, but denies the charge of premeditated murder.

The prosecution has meanwhile painted a picture of Madsen as a sexual sadist who murdered her as part of a sexual fantasy.

Prosecutors on Wednesday showed the court videos found on Madsen's hard drive of violent sex and of women being beheaded and impaled.

Broadcaster DR reports that Wall’s parents were not present in court on Wednesday, but that two other family members were present for part of the day’s proceedings.

Madsen, who told the court he occasionally filmed his sexual encounters with women with an action camera mounted on his forehead, has previously argued that other people also had access to the hard drive.

Often argumentative, irritated and arrogant during questioning by prosecutor Jakob Buch-Jepsen, Madsen rejected any link between watching such videos and actually beheading someone.

Asked by the prosecution if it was a coincidence that he searched for these videos online and that he now stood accused of murdering Wall, Madsen retorted: “Jakob, would you think it was strange if you had seen a film about a nuclear bomb and then a nuclear bomb exploded?”

“That it happens just before I sail off with Kim Wall is conspicuous, but random. She died from lack of oxygen,” Madsen insisted.

Thirty-seven experts and witnesses are expected to testify over the coming days to evaluate the credibility of Madsen's accident scenario, and help understand the psychology of the self-taught engineer.

An autopsy was unable to determine Wall's cause of death, nor has a motive been established.

But the prosecutor said evidence showed Madsen bound Wall around the head, arms and legs before beating her and stabbing her repeatedly in her genital area.

On Wednesday, Madsen told the court the 14 stab wounds to Wall's genital area were not sexual in nature.

“I considered where gases build up inside dead people when they decompose. They do so in different places. Therefore I tried to puncture that region,” he said.

The prosecution said an autopsy showed the stab wounds were inflicted around the time of death — either just before, at the time of or just after Wall's death.

But Madsen claimed they were inflicted “hours after” her death.

He told the court on the first day of trial, on March 8th, that he chopped up her body because he panicked and wanted her dead body off the submarine but couldn't lift her out in one piece.

Wall's dismembered body parts, weighed down in plastic bags with metal objects, were later recovered from waters off Copenhagen.

On Wednesday, Buch-Jepsen asked Madsen why the metal object were found with Wall’s remains.

“It was because I wanted them to disappear and nobody to find them,” he said.

The 47-year-old also said he did not want to go into detail about how he disposed of the journalist’s body.

“I don’t want to go into detail, but I’ll just say that it was terrible,” he said.

Madsen also told the court on Wednesday that he had brought the saw on board to build shelves on the sub.

The prosecution has said it will seek a life sentence, which in Denmark averages around 16 years, or safe custody (forvaring in Danish), a legal alternative which would keep him behind bars indefinitely as long as he is deemed dangerous.

A verdict is expected on April 25th.