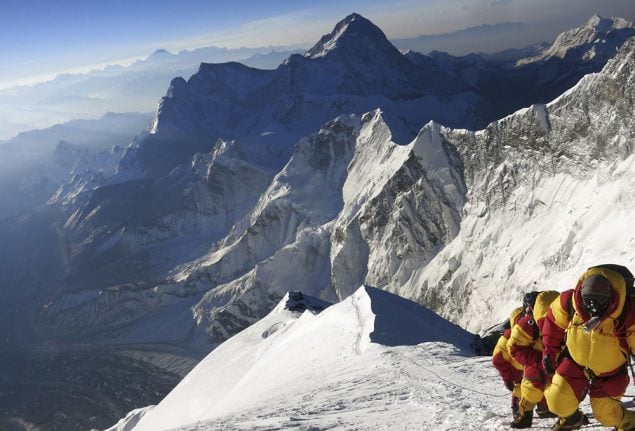 Urth would become the first ever Dane to complete the feat should he successfully summit the 8,848-metre peak.

The veteran mountaineer has over 20 years of climbing experience in his backpack.

“There is a passion behind this, many years of experience and the desire to experience the adventure that I’m sure this climb will bring,” Urth told news agency Ritzau.

The climber has already reached the top of three other 8,000-metre mountains without the aid of supplemental oxygen.

Above that altitude, climbers enter the so-called ‘death zone’, at which there is not enough oxygen for humans to survive for more than short periods.

“I feel that I have the experience and fitness to maybe be able to do it with [bottled] oxygen,” Urth said to Ritzau.

“But for me there is also an honesty in giving oneself up to the mountains, preparing and moving up and down the mountain alone,” he added.

17 Danes have previously summited Everest, the world’s tallest mountain, but none without the assistance of bottled oxygen – an accepted aid for high-altitude climbers.

Last year, fellow Dane Rasmus Kragh aborted an attempt to climb Everest without extra oxygen. Kragh was just 250 metres from the summit when forced to turn back.

Kragh will reportedly also return to the mountain in April to make a renewed attempt at the hazardous feat.

But Urth denied he was in a race to the top with his compatriot and fellow climber.

“If you have a little bit of experience as a climber, and place other values in standing at the top, then you will know that mountaineering and adventure have so much more to offer than being first,” he said to Ritzau.