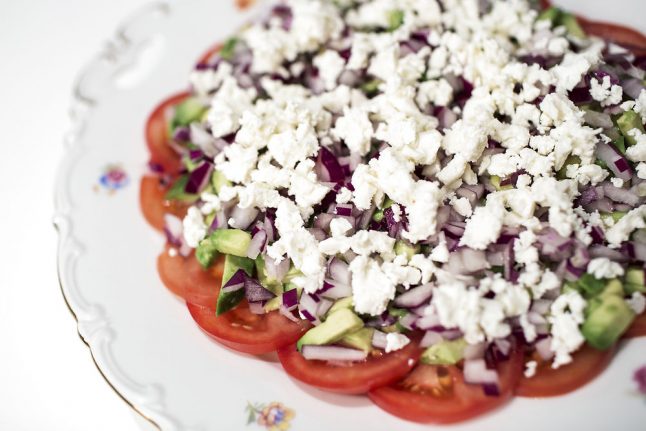 The Commission has submitted a formal request to the Danish government asking it to stop the practice, reports Altinget.

“The registered, protected designation of origin 'feta' is being used illegally in Denmark, where certain companies which produce or import white cheese are exporting it to third countries misleadingly marked as 'feta',” the commission writes.

Feta was added to the EU's list of protected food products in 2002 after a drawn-out conflict between Denmark and Greece. Since then, dairies outside of Greece have been barred from selling cheese marked as 'feta' within the European Single Market.

The law is comparable to the name 'champagne' being restricted to sparkling wine produced in the French region of Champagne, or Parma ham from Parma in Italy.

Protected products must also not be sold using protected names to countries with trade agreements with the EU.

Danish-produced 'feta' can usually be found on supermarket shelves in the Scandinavian country under the name 'salad cubes' (salat-tern in Danish) or 'white cheese' (hvid ost).

But cheese marked as feta is being illegally sold by Denmark to non-EU countries, says the European Commission.

A spokesperson for Denmark's Dairies Association (Mejeriforeningen), which represents large producers including Arla Foods and Nordex Food, said the issue was likely to be the result of a misunderstanding.

“Since feta became protected as a Greek product, we have complied with the relevant laws. But we have naturally acted differently in areas where it is not protected,” Dairies Association chairperson Jørgen Hald Christensen told Altinget.

Minister for Environment and Food Esben Lunde Larsen confirmed to Altinget that he had received the EU Commission letter over the issue but did not make further comment.