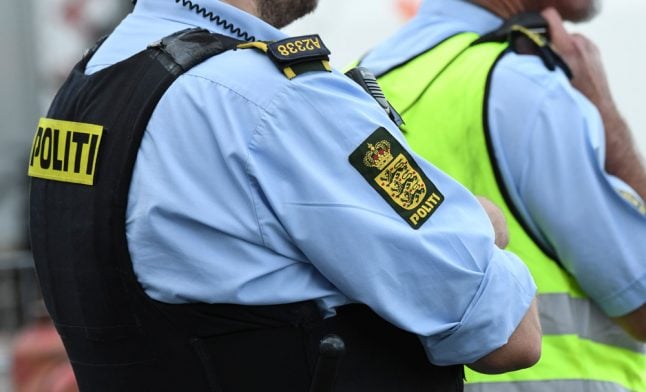 File photo: Johan Nilsson/TT
The South Zealand and Lolland-Falster Police announced the arrest, saying that the man was nabbed as he tried to enter Denmark from Germany. The man was driving a car that he had rented in Sweden.
The arrestee is a Swedish citizen of North African origin in his 30s. He was sought by Swedish police in connection with a fatal shooting in Stockholm. An international arrest warrant was initiated by Swedish authorities.
According to the head of the South Zealand and Lolland-Falster Police immigration unit, police had been tipped off that the man might attempt to enter Denmark.
“We have border checks happening all the time. But we had received a tip that this person might try to cross the border so we therefore kept an extra watchful eye on the situation,” said Anton Havegård.
The arrested man was due to make a preliminary court appearance in Denmark on Sunday, after which he is expected to be extradited to Sweden.
Another individual who was in the suspect’s car at the time of the arrest was released from police custody.
Havegård said that the arrest was a sign that Denmark’s border controls, which have been in effect since January 2016, are having their desired effect.
“This shows that the work that is being carried out at the border is both competent and effective,” he said.
Speaking to Swedish news agency TT, Havegård said he believed the man had been away from Sweden for several months and that he had likely been in Spain.
The man was wanted for a shooting death that occurred in Stockholm in November but neither Danish nor Swedish police would elaborate.
“I have spoken with investigators and they can confirm that a person has been arrested in Denmark,” Swedish police spokeswoman Susanna Herrera told TT. “We do not want to go into detail.”