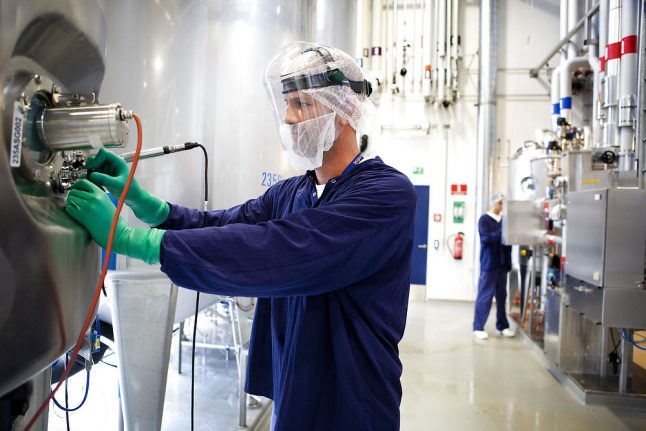 DI’s analysis is based on responses from the confederation’s business panel.

More than seven out of ten companies in the panel have increased optimism compared to last year, writes dibusiness.dk.

“For the members of the Confederation of Danish Industry, forecasts for both turnover and employment in 2018 are looking bright. This supports our expectations for growth of about two percent in the Danish economy,” said DI’s director Kent Damsgaard.

The conclusions from DI's business panel are based on 584 responses out of 2238 companies contacted.

Sales and employment are particularly prominent in the boosted expectations, while confidence is also high among smaller companies.

Export companies are particularly optimistic about 2018, with almost a quarter expecting sales to increase by more than 10 percent this year. There is also significant optimism to be found among the rest of the respondents to the survey.

“Overall, there is greater confidence in the market prognoses than last year,” Damsgaard said.

The service industry looks particularly bright in Denmark, with every third company expecting increased employment — double as many as in the beginning of 2017.

An important indicator right at the beginning of the year is the willingness of companies to invest, according to the DI director.

The interest and capacity to spend money on things such as new technology and software has helped break the stalemate. In previous years, a lack of investment has been a major hindrance to development for many companies. The renewed willingness therefore comes as extremely good news.

“The availability of funding for investments is entirely decisive for competitiveness, particularly at a time of rapid technological development. This is the case in both small and large companies. In total, Danish companies currently invest 50 billion kroner (6.7 billion euros) less than has been the general trend historically. And this is something that ought to be remedied,” Damsgaard said.

One of the keys to fulfilling the positive expectations for 2018 is obtaining the right workers.

However, this challenge constitutes the biggest risk factor, according to over a fifth of the companies responding to the survey.

This is expected to be one of the year’s biggest hurdles – and one that requires action from politicians – in order to avoid impeding growth opportunities, Damsgaard said.

“It will be crucial that a majority in parliament realises the need to ensure sufficient labour, because this is a central factor in order for Denmark to maintain its prosperity. If this does not happen, we fear that we will see even more companies being forced to turn down orders due to labour shortages in 2018,” he said.