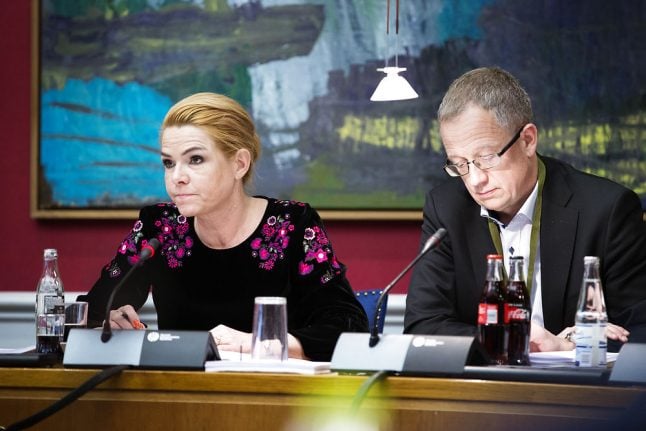 Minister for Immigration and Integration Inger Støjberg admitted during a parliamentary consultation on Thursday that her ministry had acted incorrectly in taking more than a year to adjust its processes to comply with the December 2016 ECHR ruling.

“Speaking straight, it took too long [for the ministry] to become aware of the ruling. And it also took too long for the [Danish] interpretation to be put in place,” she said during Thursday’s hearing at Denmark’s Christiansborg parliament, where she was questioned by fellow MPs.

Prior to Thursday’s hearing, newspaper Politiken reported that the ECHR ruling was relevant in 11 cases, in which seven have already resulted in persons leaving Denmark or being deported.

The ministry will now seek to find out where the relevant persons are with a view to reviewing their cases, the newspaper wrote.

The ruling – known as the Paposhvili ruling – did not become known to Støjberg’s ministry, which determines cases related to the granting of humanitarian residence, until March 2017, when it was notified by the Ministry of Justice, reports Ritzau.

Denmark’s Scandinavian neighbours Norway and Sweden had both already implemented the ruling into their practices by that time, according to previous reports.

Following the March 2017 notification, a further two months passed before the immigration ministry had prepared its own interpretation of the judgement for implementation into Danish practice, writes Ritzau.

The ministry viewed its practice for rejecting asylum on humanitarian grounds as already being broadly in line with the ruling.

“But that was wrong,” Støjberg said on Thursday.

It was not until last weekend that the ministry announced a four-week freeze on forced expulsions of rejected asylum seekers who are seriously ill while it further assesses the issue.

The consequence of the ruling for Danish asylum processes is ostensibly the need for more thorough assessment of whether a seriously ill individual is realistically able to access necessary healthcare in their home country before Denmark is able to reject an asylum claim by that individual.

“We have to investigate more. But that in no way means that the final decision for any particular case would have been different,” Støjberg said.

“Our practice will still be strict,” she added.

“In this instance, there was a regrettable course of events, which I as minister am obviously not satisfied with,” she said.

Støjberg said that a heavy workload in her ministry was one of the reasons for the breakdown in correct practice.

The ministry has no determined set of guidelines for how to follow new rulings made by the European Court of Human Rights, she said.

Johanne Schmidt-Nielsen of the opposition Red-Green Alliance (Enhedslisten) party said questions over the issue had been left unanswered.

“You admit that seriously ill refugees have been sent out of Denmark, possibly illegally. I want to ask you whether you can see yourself how shocking that is,” Schmidt-Nielsen said to Støjberg during the hearing.

The minister did not answer the question as the allotted time for the hearing elapsed. Schmidt-Nielsen said she would repeat the question in writing and at a follow-up parliamentary hearing.