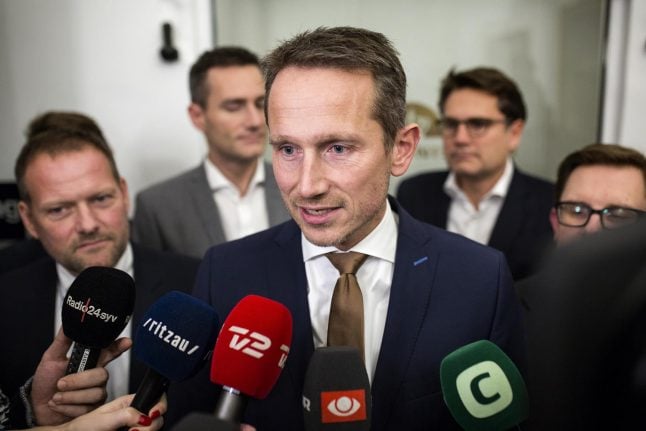 The agreement was reached after Prime Minister Lars Løkke Rasmussen appeared to acquiesce to the demands of DF leader Kristian Thulesen Dahl to separate negotiations over the budget with deals on tax cuts and tighter immigration rules.

Discussions over the two latter areas will continue next week with the aim of all three being settled before Christmas, Rasmussen told Ritzau on Friday evening.

The announcement appeared to signify a victory for DF in a conflict with coalition party Liberal Alliance over whether to split tax cuts from the budget deal.

But LA finance spokesperson Joachim B. Olsen appeared later on Friday to suggest that his party would not vote for the budget unless agreement on tax cuts was also reached.

“(The budget) will only be passed if the tax deal that is on the table goes through. That is the deal,” Olsen wrote on Facebook.

The party’s leader Ander Samuelsen, who is also foreign minister, said that he expected tax cuts to go through before Christmas.

“We have wanted simultaneity in regard to all three agreements [including immigration, ed.] being reached by Christmas. We now have a mutual understanding that this is possible,” Samuelsen said following Friday’s negotiations.

The budget makes provisions for more of the state’s funds to be spent on the elderly, health and the police, and marks the end of a fraught week of negotiations between the four conservative parties.

“We have reached a very good agreement with the Danish People’s Party which will give Danes more secure everyday lives,” Finance Minister Kristian Jensen said.

“We are spending two billion kroner to support the health sector, 2.7 billion on the elderly from 2018-21 to ensure better and more dignified treatment,” Jensen added.

“We are also increasing the number of police officers in order to fight crime and terror consistently and effectively. Furthermore, we are investing in infrastructure to make Denmark more unified,” the minister continued.

DF financial spokesperson René Christensen highlighted the investment in the elderly as one of the strengths of the agreement.

“That is what there is demand for out there,” Christensen said.

“Firstly, we are scrapping tax paid by employees on telephone and internet services provided by their employers.

“Secondly, we are also scrapping tax paid by those who have saved the most towards their pensions [udligningsskat in Danish, ed.],” Ammitzbøll-Bille added.

The agreement of the deal also sees some of DF’s demands met on investment in border control.

The southern frontier with Germany will be beefed up as part of the agreement.

“We are allocating money for both equipment and personnel, including on less busy crossings,” Christensen said.

Booths will be placed at border posts at Frøslev, Padborg, Kruså, Rødby Havn and Gedser, along with an upgrade to the border control area at Rødby Havn.

New buildings and facilities for border control personnel will also be built.

“There will be far, far better conditions for personnel at the border,” Christensen said.

Despite the apparent reinforcement of border facilities, Denmark’s control of the frontier is still defined as temporary in accordance with EU rules.

“We have gone as far as we can in regard to temporary border control. So you can discuss whether it’s still temporary, since it’s been there so long,” Christensen said.

Temporary border control was initially introduced by the Danish government on January 4th 2016 on the basis of ‘extraordinary circumstances’ brought about by the sharp increase in refugee flow to the country.

It has since been extended numerous times.