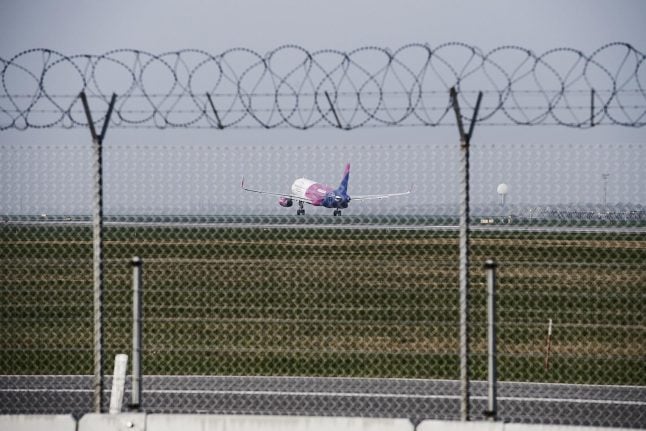 The man was escorted to Copenhagen Airport by police on Monday as part of a scheduled forced deportation.

He lost consciousness on board the aircraft and was then taken to hospital, but died on Wednesday, the Independent Police Complaints Authority (Den Uafhængige Politiklagemyndighed, DUP) confirmed to news agency Ritzau.

A witness who was on board the aircraft told tabloid newspaper Ekstra Bladet that the incident seemed “violent”.

“I was in seat 22A, and the Algerian man was in 23F, so I was almost next to him,” the witness, Michael Thorvaldssen, told Ekstra Bladet.

“I could see that there were three officers on him. Two of them were lying on him, and the third was holding him back in his seat. There was also a female officer who was guarding the way for passengers on their way into the aircraft,” Thorvaldssen continued.

The struggle between the man and the police officers lasted for around half an hour, before the Algerian became quiet, according to the witness.

“Shortly after they asked over the loudspeaker whether there was a doctor on board, and it turned out there was. The doctor gave him mouth-to-mouth resuscitation and CPR until an ambulance came and took him away,” he said.

Thorvaldssen also told Ekstra Bladet that he felt the police officers had been “far too rough” in their handling of the situation.

DUP has now begun an official investigation into the incident – a standard procedure when a person dies or is seriously injured when in police custody or care.

Once the investigation is completed, DUP will send a report to the Public Prosecutor (Statsadvokaten) in Copenhagen, which will decided whether any charges will be brought in connection with the man’s death.