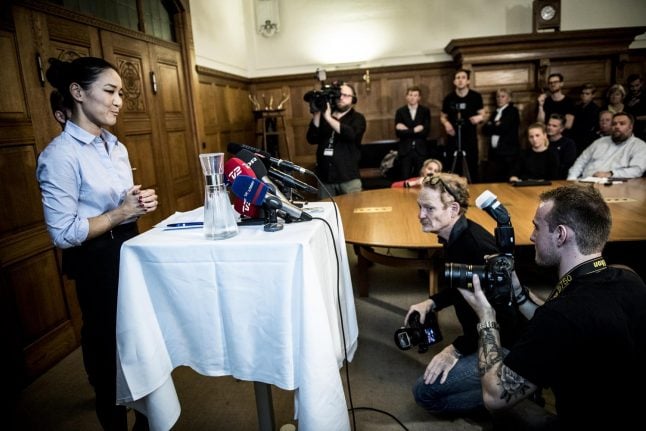 Allerslev received 1,123 personal votes, enough for her to retain her position as a representative for the Social Liberal (Radikale Venstre) party in the municipality.

The former head of the employment and integration committee announced her withdrawal from the city’s municipal politics, and the election race, after it emerged she held her wedding reception at the Rådhuset city hall without paying.

Despite the withdrawal on October 25th — which came too late for her name to be removed from ballot papers — Allerslev received considerable backing in this week’s elections, due in no small part to ‘sympathy votes’, according to experts.

“Votes that voted for her are those that feel she was treated unfairly,” said Rune Stubager, professor and election researcher at Aarhus University’s Department of Political Science.

“We do not yet have studies of this election, but an obvious explanation is that this is a statement of sympathy. That this has been perceived as a smear campaign against her,” added Roger Buch, head of research at the Danish School of Media and Journalism.

Her significantly lower total of 1,123 votes in 2017 was nevertheless the fifth highest number of personal votes of all the Social Liberal candidates – effectively securing her re-election to the municipality.

The Social Liberals gained five representative posts as a result of the party's share of the overall vote in Copenhagen.

But Allerslev said that her decision to leave the Municipality was unchanged.

“Thank you to the 1,123 Copenhageners that voted for me. It has been a pleasure, an honour and a privilege to be elected,” she wrote on Facebook.

“Unfortunately, I have, as you know, decided not to accept election. My votes and mandate will therefore be passed on to the Social Liberals’ first deputy,” she added.

Christopher Røhl Andersen, who received the sixth-highest number of votes of the party’s candidates in Copenhagen, appears likely to take over from Allerslev, though the process is not straightforward, with the outgoing councillor obliged to justify her not taking her elected position.

Full-time job or family commitments, health concerns and moving out of the municipality are all acceptable reasons for leaving council representation. 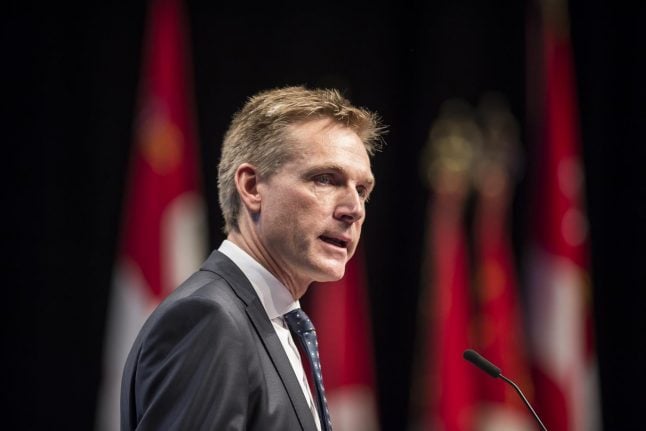 DF
DF ‘has not broken through’ on municipal level: leader after election disappointment 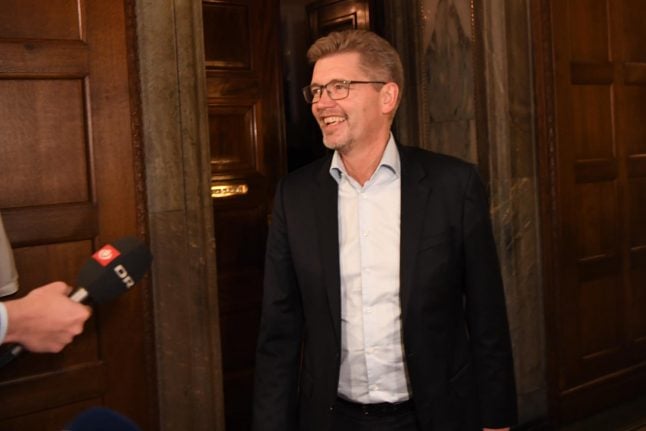 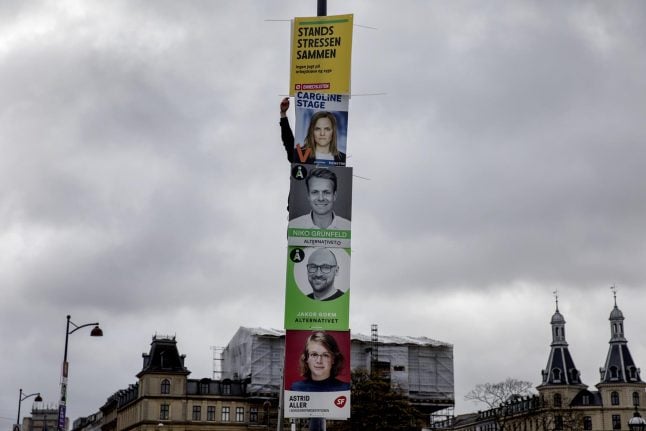 Denmark is holding municipal and regional elections on November 21st, and EU citizens and other foreign residents are entitled to a vote. Here’s our guide to what the elections are about, who can vote, and how.

What are municipal elections?

Denmark’s municipalities exist to provide administration for much of the country’s welfare and social needs. These include employment, integration, culture and leisure, setting up businesses, initiatives for children and young people, social support, health, and city and rural fixtures and fittings.

What are regional elections?

As with the municipal elections, regional elections are held every four years and council members are elected to the 41 regions across the country.

Several municipalities are contained within the different regions, which are primarily concerned with administration of health care, welfare and social development.

Who is entitled to vote?

All EU, Norwegian and Icelandic citizens over the age of 18 with a permanent address in Denmark are entitled to vote in both the municipal and regional elections.

Additionally, foreign citizens over 18 who have residency permits and have lived in Denmark for three years or more prior to the date of the election also qualify to take part in the poll.

Voting takes place within the municipality or region in which the voter’s address is registered.

In fact, participation in the regional and municipal elections for foreign citizens is not limited to just voting. Anyone entitled to vote is also allowed to run for election themselves, provided they have not been convicted for an offence that Denmark’s regional and municipal election Eligibility Board (Valgbarhedsnævn) deems to be worthy of disqualification from this.

EU citizens have involved themselves in these elections in the past, and one is even running for office this time – an effective way of bringing everyday issues important to Denmark’s foreign residents to the attentions of Danish voters and politicians.

How can I vote?

Everyone who fills the above criteria with a registered Danish address should have received a voting card (valgkort) by post by election day. That card should be taken along to the polling station nearest to you when you go to vote (more on this below).

When you present your voting card on arrival at the polling station you will be issued with two ballot papers (stemmesedler) – one for the municipal and one for the regional election. You will then be directed to a voting booth. If you have not received a voting card or have lost yours, you can be issued with a new one at the polling station if you bring identification – the yellow Danish state health insurance card (gule sygesikringsbevis) along with a passport or driving license are the best forms.

The address of your nearest polling station will be written on your voting card. Alternatively, it can be found by entering your own address on the website of your local municipality. Here is an example from Aarhus Municipality’s website.

Denmark also provides for those wishing to vote by post (brevstemme). This does not necessarily mean from the comfort of one’s home, though. Those wishing to send a postal vote from their own home (for example due to illness or restricted mobility) must apply to do so no later than 12 days before the election. Applications must be sent to local municipalities and can be downloaded (in Danish) here.

Postal votes can also be given at certain citizens’ facilities such as municipal citizens’ service centres (borgerservicecentre) or, in some municipalities, at libraries – a highly useful option for those unable to make it to polling stations on election day.

Postal voting opens three weeks before the date of the elections, so those wanting to vote by post in the November 21st elections can already do so at the time of writing. Postal voting closes on Friday November 17th.

Contact your local municipality to find out where you can vote by post in your municipality. Be sure to bring the correct identification (yellow health insurance card along with a passport or driving license) when you go along to vote.

How do I decide who to vote for?

Just as you would in any other election – contact candidates, visit their websites and attend election meetings and decide who best fits with the issues you consider important in the context of what a municipality and region does.

While we will refrain from posting links to individual parties here, the Local Government Denmark (Kommunernes Landsforening) website is a good place to start if you wish to learn more about the elections. It has both an English and a Danish version, although the latter is rather more comprehensive.

By Google searching for the term ‘valgmøde’ (election meeting or rally) along with the name of your town, municipality and party or parties in which you are interested, you may find an event close to you which will help you make an informed decision about how to cast your ballot.

On non-partisan politics website Altinget.dk (Danish only) you can see a list of candidates in your area by entering your postcode (postnummer), as well as take a test (again, only in Danish) to see which one best fits with your own views.

In the polling booth itself, you will have the option of voting either for a ‘list’ or giving a ‘personal vote’ (personlig stemme). In other words, you can choose to vote either for a party in general or a particular candidate. Most parties have priority candidates (‘spidskandidater’) whom they will nominate to councils based on how many spots they win at the election.

You may of course not put more than one cross on your ballot. You can decide to leave it blank if you want – thereby showing you have participated without choosing to give any candidate your support. 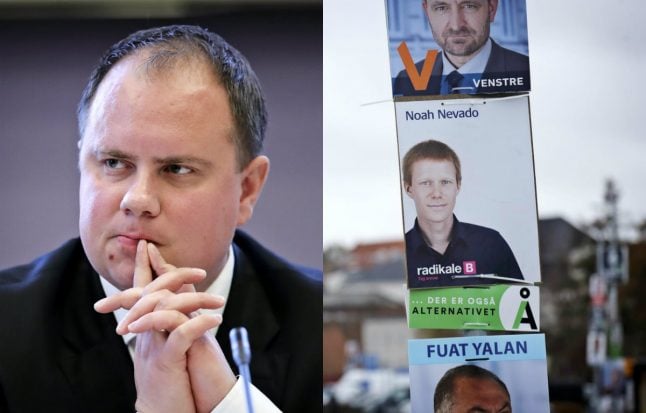 REGIONAL ELECTIONS
Foreigners should not be allowed to run in Danish local elections: DF