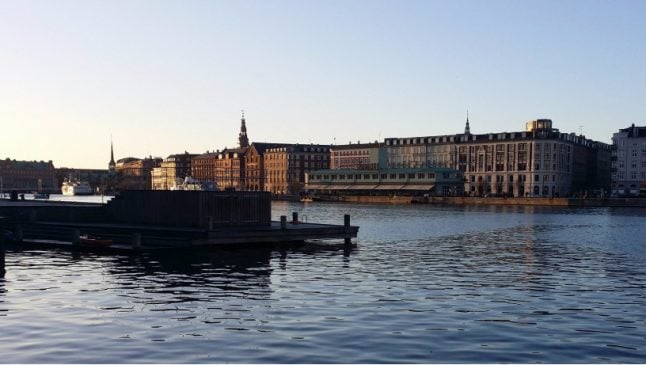 In philosophy, people talk about ‘possible worlds’. They are much like alternative universes; the idea is that there is the ‘actual’ world, the region of space and time around us we call reality, and there are other ways that same world could have been.

Copenhagen shares many of Stockholm’s core features. Its island structure, poised on another part of the Baltic sea, sculpts a city whose areas, just like those in its Swedish counterpart, stand alone and unique.

None more so, perhaps, than Christiania Freetown, a long-established hippy squat which has spent decades defying the rules. Home to the famous ‘Green Mile’ (where you’ll you find plenty of stalls selling exactly what you’d expect), Christiania has now transcended its squat days and become a fascination spot for tourists. It bustles in summer: when vendors barbecue burgers for cash and free reggae concerts are held. Go on a quiet Sunday morning in autumn, on the other hand, and you’ll have the place just for you and a handful of others.

Outside of Christiania and outside of summertime, you’ll still find plenty of street food in Copenhagen. It is perhaps when it comes its street food scene that Copenhagen really holds its own.

Take Papirøen, the food hall, which sits on an industrial island opposite the striking Opera house, and does so much more. Papirøen’s trucks from around the world cook up the most inventive wonders all day long.

Then at night the disco lights go up and the little space there is between the food trucks becomes a dance floor. Try weaving your way through salsa dancers with plantain chips, truffle pizza or baked sweet potato with feta and honey mustard. Take the Latin vibes outside with you, into the crisp Nordic October air: you’ll need it. Whatever the Stockholm equivalent of this is, I’d love to find it. Sharing Papirøen’s small island is Copenhagen’s Contemporary Arts gallery, something else that surely sets Copenhagen apart. CCA pushes at the very boundaries of what art  can do, and it knows it. Its exhibits invite you to look at reality objectively, compare it to alternative possibilities and then return to reality, to question it. The current Virtual Reality exhibition takes you to places that not even Christiania’s finest would manage.

From presenting you with a dripping, gold crucifix dangling before your eyes to placing you in a fluorescent-lit waterfall paradise, these artists transport your imagination and perception all at once to places that you would never normally be able to conceive of, let alone think possible to experience.

So much for their differences; how are Denmark and Sweden alike? If they are close possible worlds, Copenhagen must be closely related to Stockholm somehow. It most definitely is. The likenesses are abundant, from obvious similarities in architecture and language to the more subtle sharing of values (you’ve probably heard of ‘hygge’, which Swedes know as mys).

Danish cinnamon buns, albeit rolled the other way, are surely what I know as kanelbullar. Cafes selling them will claim to offer you a ‘smagsøplevelse’ (a taste experience) – something that a basic grasp on Swedish can bring me to understand.

And whilst Tivoli Gardens might be the better-known park outside of Scandinavia, to me it is a carbon copy of Gröna Lund, placed by the train station instead of on the coast of Djurgården.

For anyone who has lived in another Scandinavian country: walk around Copenhagen, and you get familiarity and foreignness all in one. What is new and distinct may surprise you, but the ubiquitous similarities will make you feel at home.

This guest piece was written by Madeleine Hyde and first published on her blog, Sweden-Shaped.

READ ALSO: 'Strangers would come up and help us to understand the rejsekort'