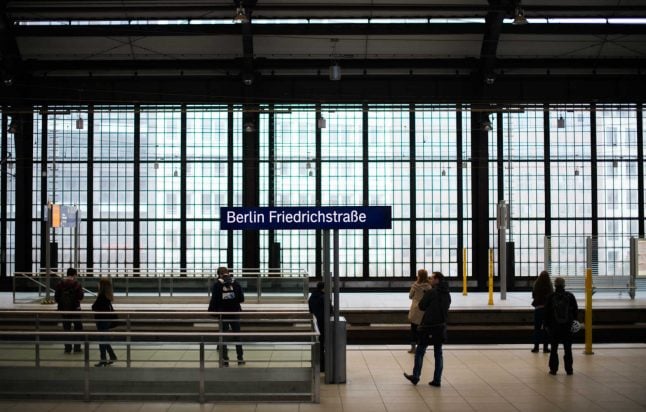 Mikkeller Bar Berlin, near Rosenthaler Platz in the upscale area of Berlin’s central districts shouldering Prenzlauer Berg and Mitte, is no exception.

A smart middle-aged couple wearing dark jackets come in and take their places at the bar. After a quick internal discussion, they order two raspberry Weissbiers, one of a dozen Mikkeller microbrews served at the bar. They speak in fluent German to the bartender – manager Daniel Joanes, who is actually British – before continuing their own conversation.

“We get a lot of Danes,” says Joanes, who moved from Copenhagen to Berlin three years ago to start the Berlin version of Mikkeller founder Mikkel Borg Bjergsø’s now multinational microbrew empire.

“In the long run we want to be just as popular with Germans, that’s the aim. But they’re traditional with their beer,” Joanes explains.

Laura Garner, a 23-year-old business student from Copenhagen who applied for an internship with Mikkeller Bar Berlin without any prior knowledge of craft brewing, told The Local her knowledge of Mikkeller from back home, combined with a desire to live in Berlin during the vocational semester of her studies, brought her to apply for work at the Rosenthaler Platz Bar.

“I have studied entrepreneurship so was interested in Mikkeller’s concept, and have worked in bars before,” Garner said.

The company was started in Copenhagen as an amateur brewery in 2006 and has now expanded to 40 different countries – including Denmark’s southern neighbour.

Joanes calls Berlin “quite underpopulated still” in comparison to other big European capitals, citing this as giving good potential for growth. Mikkeller’s PR manager Pernille Pang told The Local via email that the decision to set up shop in the German capital was not related to the high number of Danes in the city, but that this “could hardly be a disadvantage”.

READ ALSO: OPINION: The German beer industry is failing to live up to its potential

“But there’s just something magnetic about Berlin,” bartender Garner says. “It’s bigger, but perhaps with the same mentality as Copenhagen.”

According to the Berlin statistics database Amt für Statistik Berlin Brandenburg, 155,942 Danes visited the city between January and September this year, putting the Scandinavian nation seventh (behind Italy, France, Spain, the Netherlands, Switzerland and the UK) on the list of most common European nationalities visiting the city so far in 2017.

Around 20,000 Danes live in Germany in total, according to the Danish foreign ministry.

Of these, 2,740 live in Berlin, according to figures provided to The Local by the Berlin Business Location Center, which is funded by the city.

“I moved here back in the day because I’d been accepted on to a modern dance study programme. I’m finished with the studying now. I decided to stay because I just love this city,” 25-year-old Neukölln resident Céleste de Champfleury told The Local.

“Within my field, there are a lot of opportunities, it’s a city teeming with people that want to create something, either creatively or a business or something similar, and that’s a great energy to be surrounded with when you find yourself in that position,” Champfleury said.

The young Dane, who moved to Berlin in 2014, also cites the big city culture of Berlin as being a draw for her, “while not being anything like as stressful as somewhere like London or Paris.”

Nicolaj Holmboe, an independent businessman who works in fields including team building and music and tourism, says that, despite its geopolitical, demographic and economic progress, Berlin still retains much of the same appeal that drew him to the city in the 1970s and '80s. 49-year-old Holmboe, who lives in Schöneberg, told The Local that his “love for the city” encouraged him to make the permanent move to the German capital after frequent visits dating back to his childhood.

“Berlin is a metropolis compared with Copenhagen, and is easily accessible by car, bus and train. Berlin has its own charm and you can feel the price difference compared to Denmark when it comes to food and drink. So you get a dose of a big city that has a green profile and many interesting neighbourhood’s that are charming in their own ways,” he added.

READ ALSO: German singles flocking to Denmark… to get pregnant

Holmboe said that he is used to hearing Danish voices blended into the background noise of life in the city, despite it being a foreign capital.

“I know Danes in different parts of the city, including Schöneberg. There’s a natural gathering place at the Danish church, Christianskirken, and the embassy also hosts a lot of events. In general, a lot of Danes visit Berlin, and during Danish holidays you hear a lot of Danish around the city,” Holmboe said.

“Sometimes I almost get the feeling that Danish is the main language in certain neighbourhoods,” Valdemar Villadsen, a Danish opera singer who has lived in the city since 2013, told The Local.

“So many Danes have bought apartments in Berlin – like a kind of subtle revenge for the Second World War [occupation of Denmark, ed.], we’re slowly but surely buying up the German capital,” he added.

Both Champfleury and Villadsen commented on the role played by relatively low costs and geographical proximity in attracting Danes to Berlin.

Villadsen also points out a well-documented negative consequence of the attraction of Berlin for affluent Danes as well as other nationalities: gentrification.

“The flip side of the coin that tourists possibly don’t see is that poverty is far worse than in Denmark. So even though it’s cheaper to live in Berlin than for example Copenhagen, wages for many Berliners are equivalently low, and there are unfortunately many that work incredibly hard and still live in poverty,” Villadsen said.

“Berlin’s former lord mayor Klaus Wowereit called Berlin ‘poor, but sexy’. And though I truly hope that Berliners can get more money in their pockets, and even though damned newcomers like us contribute to pushing house prices up so much that native Berliners can potentially be pushed out by it, I hope and believe that Berlin will never be boring and unsexy,” he added.

Holmboe, who visited both West and East Berlin as a tourist in the 1980s, says that the modern history of the city is no small part of that magnetism.

“Seeing Friedrichstraße [on the eastern side of Checkpoint Charlie prior to reunification, ed.] gave the feeling of being in a ghost town, particularly compared to today, with all the international shops that now characterise the urban scene,” he said.

“I often think, when I pass by the old wall today – ‘just think, this wasn’t possible 30 years ago’. These experiences and knowledge have a special effect on me, and I’m glad I experienced the city and the era prior to 1989,” he added.

The smart Danish couple at Mikkeller Bar Berlin, having finished their raspberry Weissbiers, are about to order their next round as the late afternoon turns into evening in Prenzlauer Berg. This time Garner serves them, and they order in Danish.

READ ALSO: Ten surprising things that happened to me after moving to Denmark