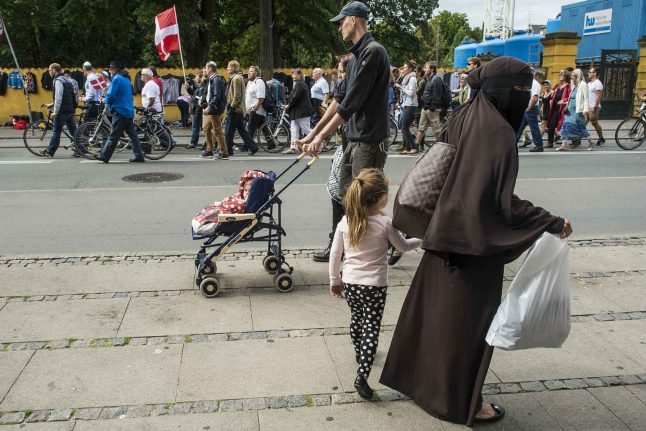 The announcements pave the way for the burqa and niqab to be outlawed in the Scandinavian country.

The stance by Liberal Alliance represents a shift in the party’s official line on the issue, while Venstre, the senior party in the government, had waited before the announcement of an official line with opinion divided amongst its MPs, reports broadcaster DR.

Venstre reached agreement on an official line during a party meeting on Friday morning, according to DR’s report.

The party will now support moves to forbid the wearing of face-masking garments in public – in practice banning the two types of Islamic veil from public use.

“We in the Liberal party will support a ban on masking that will be forthcoming. It is not a religiously defined ban on masking, but the burqa and niqab will obviously be covered by it,” political spokesperson Jakob Ellemann-Jessen said according to DR.

Ellemann-Jessen conceded that the party had considered a number of issues in its discussion of the potential ban.

“It was a balance between several considerations. There are two Liberal viewpoints. On one side, we should allow people to wear what they want. On the other side, an open liberal society needs people to be able to look each other in the eye and meet face-to-face. These two things clash, and that’s why we’re having this discussion,” he continued.

Ellemann-Jessen also stressed that the party was now united behind the potential ban, despite prominent figures, such as deputy leader Kristian Jensen and Minister of Higher Education and Science Søren Pind, previously saying they were against it.

Liberal Alliance, which was also previously against the proposal, has followed Venstre in pronouncing its support.

““Everyone agrees that the burqa is an expression of extreme oppression of women,” party leader Anders Samuelsen wrote in a Facebook post.

“Now there is a majority in parliament that thinks the burka/veiling should be fought… So if a ban like this is possible in practice without harming ourselves or our own values, then yes, LA will vote for it,” Samuelsen continued.

The latter party started the latest round of discussion of the issue in Denmark when it announced in July that it would forward a proposal for a ban in the new parliamentary session.

Since then, the European Court of Human Rights upheld a Belgian ban in the face-covering niqab, strengthening the prospects for a Danish ban.

Niqabs have a slit through which the wearer’s eyes can be seen, while burqas cover the face entirely, with the wearer seeing through a mesh in the material.