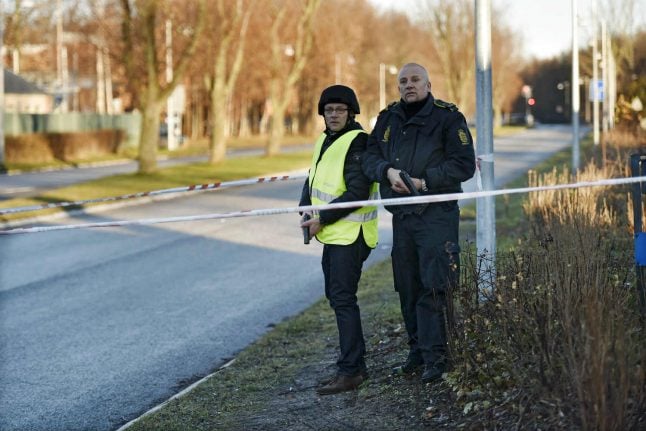 Police at the scene of the shooting on December 6th 2016. Photo: Sarah Christine Nørgaard/Scanpix

Jesper Jul, a police dog handler, died of his injuries the day after he was shot in the head at close range on December 6th 2016.

27-year-old Mikkel Starsø Renard shot Jul, 43, at the entrance to the Albertslund police station in Copenhagen shortly after he had arrived for work, reports news agency Ritzau.

He was stood with his police dog at the time of the shooting.

Glostrup Court has now given an unlimited custodial sentence to the 27-year-old culprit.

This type of sentence, known in Danish as a forvaringsdom, is given to individuals considered to be a danger to others having committed serious crimes.

A psychiatric assessment read to the court recommended this type of sentence, stating that Renard was a danger to the life or health of others, according to the report.

“It is particularly serious if a policeman has been killed, as is the case in this instance,” presiding judge Katrine Eriksen said according Ritzau.

“It is a cynical, almost liquidation of a completely random police officer, who was facing in the opposite direction and was shot down,” she added.

Frustration over being denied permission to carry a weapon outside of a shooting club formed part of the motive for the murder.

Although the shot hit the officer in the head, Renard claimed during the trial that he had aimed for his chest.

The court found this version events to be improbable, accepting the view that the attack was planned.

Renard stole a pistol from the Rødovre Skytteforening shooting club the night before the shooting, reports Ritzau.

The same weapon was used to shoot Jul.

The theft of the weapon will also form part of the custodial sentence given to Renard.

Renard has appealed against the court’s decision and seeks acquittal, his defence lawyer told Ritzau.