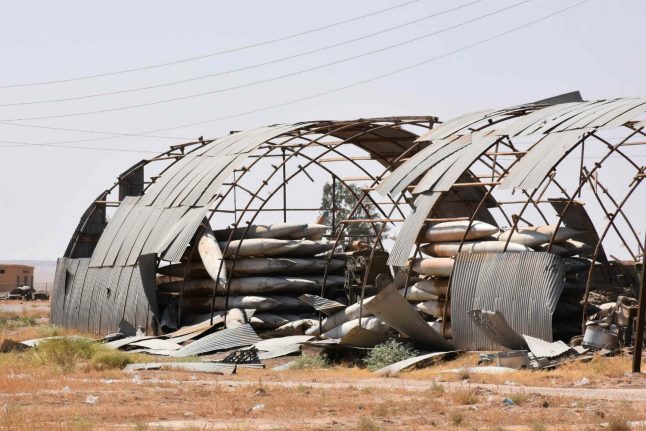 The information led to the trial of a 26-year-old man at Aarhus City Court, reports the Ritzau news agency.

The man is accused of joining the Islamic State (Isis) terror group on Syria and undergoing training in how to commit acts of terror.

According to the charge sheet, the man travelled to Syria to this end around September 1st 2013.

He is charged with undergoing militant training and training in the use of weapons and explosives over a two-week period.

The case against man, a 26-year-old foreign citizen who lives in eastern Jutland, is part of a larger case against six suspected terrorists, writes Ritzau.

Information from American security services led Danish police to the six men, according to the report.

The files included the names of both Danish citizens and Denmark-based foreign nationals.

“Identification was subsequently made of who it was and it was possible to see that there were some registration forms or a directory – call it what you will – on which they appeared as Islamic State fighters,” Riisager added.

The 26-year-old has been held in custody for over a year and denies the charge, reports Ritzau.

The case against him is the first to be based on the directory.

The five other men will also appear in court later in the year, with the prosecution seeking prison sentences in excess of four years, according to the report.