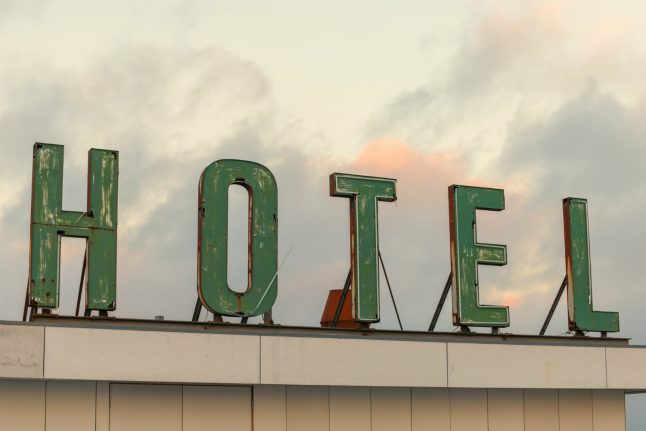 This is the conclusion of an analysis from the Confederation of Danish Industry (DI) based on figures from Statistics Denmark as well as from the Netherlands and Germany, writes dibusiness.dk.

“We ‘ought’ to have three million more overnight stays per year, had our development followed that of Sweden, Norway, Finland, Germany and the Netherlands,” says Head of Tourism at DI Sune K. Jensen.

While the number of overnight stays in neighbouring countries has increased by 38 percent on average since 2008, it has only increased by 23 percent at home in Denmark.

“This corresponds to the Danish tourism industry missing out on 2.5 billion kroner in revenue.  And the reason is, among other things, that other countries are better at attracting tourists outside the summer season,” he says.

North Jutland’s Skallerup Seaside Resort is one Danish resort hoping to capitalise on higher revenue during the low season.

Here, there are tourists staying in many of the nearly 300 holiday homes year round.

January is the least busy month, but there are still tourists in 40 percent of the houses, says CEO Niels Bro.

“We’re open 365 days a year, as are all of our activities, including a water park and playground, horse riding, candy manufacturer, farmyard and spa department. Regardless of whether guests visit in high, mid- or low season, they’ll experience the same level of activity and service. This is important if you want guests year round,” Bro said.

Skallerup Seaside Resort’s annual revenue in all its business areas of approximately 125 million kroner (16.8 million euros). The commercial foundation directs its entire surplus back into itself in the form of investments.

This year, the north Jutland holiday centre has opened a new fitness area with a view over the North Sea. In the autumn, a remodelling of the restaurant costing approximately 10 million kroner (1.3 million euros) will begin.

This is the right way to go if you want to hold on to and attract tourists outside high season, says DI’s head of tourism Jensen.

“In neighbouring countries, investments are typically 20-40 percent above the level in 2000. In Denmark, we’re 30 per cent below that level. That is equivalent to one billion fewer kroner invested here at home. And that will not do, because tourists increasingly demand activities and quality of a high level,” he said.

He points out that other important parameters are coordination and cooperation.

“It’s no use for a hotel to stay open longer if local activities and restaurants are closed. As a destination, you are mutually dependent on each other. The industry must collectively decide to extend the season,” he says.

DI’s Head of Tourism encourages players to think bigger – like in western Jutland, for example, where the 550-kilometre long North Sea coastal stretch is to become one unified coast destination that ranks among the top in Europe.

Bro encourages other players in the Danish tourism industry to think a few years further down the line. It costs money, but perhaps the level of ambition can be set accordingly. The main thing is to decide upon a master plan and to stick to it. Not just for one, but ideally for three to five years.

“All start-ups are tough. For us, too. It takes time to become ‘known’ for something, because it takes a few years before guests discover what is new,” he says.