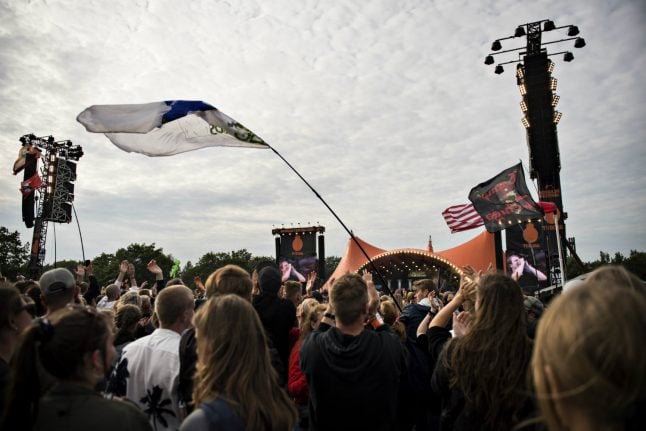 Every year, 32,000 volunteers help turn the Roskilde festival into a functional temporary city with a population of 120,000.

Volunteers collect trash, run restaurants and shops and provide services for tens of thousands of guests –  but their contribution also goes deep into the festival’s infrastructure.

Backlit by orange stage lights in keeping with Roskilde’s signature colour theme, Australian indie folk singer-songwriter Julia Jacklin begins her set in front of a crowd that has already filled out the roofed area in front of the Pavilion Stage.

Meanwhile, 29-year-old volunteer HR manager Sandra Heirung is well into her day’s work in the grassy backstage zone behind the arena.

Heirung has volunteered at Roskilde every year since she was 16. Having started out as a runner, cleaning toilets and doing what she describes as “all the rough work,” Heirung later took on a coordinating role and is now HR manager at the Pavilion Scene.

“The first year I volunteered here was for the free concerts. Now it’s because of the people,” Heirung says. The Pavilion Stage alone needs a team of 260 volunteers to build it, run it and keep it clean, and must also coordinate with the shops and stands that serve it, so the logistical task is not a small one.

But Heirung says she is not the only one who comes back year on year to work in the same part of Roskilde, a festival so big that its employees and volunteers alike describe it as functioning in the same way as a city, rather than a music festival.

“A lot of people come back each year. We have this community feeling where we help each other,” she says.

An element that Roskilde prides itself on, the community theme has been extended in recent years to accommodation offered to performers, with a separate “Artist’s Village” added to the festival’s many zones.

The idea has worked well enough for musical collaborations to have been born from it, claims May Koester, an architect who is in her fourth year of volunteering as a PR guide at the event.

“There is a bus that takes the artists from the village to the different stages. It gives them a social network so they can eat and live together. I know that new projects have been thought up there,” Koester says. 180 different artists from 32 countries are included on Roskilde Festival’s 2017 programme, of which 26 percent are from Denmark and 75 percent have never played at the festival before.

“For many of our artists, the Pavilion is the biggest stage they’ve ever performed on,” says Heirung.

Koester’s route to becoming a Roskilde volunteer was a different one from that of Heirung and many other of the workers that man the bars, food stands and entrances across the 2.5 million square metre area covered by the event.

“I didn’t come here as a young person,” says 40-something Koester, her wavy blonde hair tied back as she huddles into a waterproof jacket in the windy, but so-far dry early afternoon.

“My background is in engineering, and I started working here as a city planner and with the building side. After that I decided to volunteer working with art and performance, and finally became a guide,” she says.

The sense of community and coming back to meet teammates year on year is a big motivation for working at the festival, according to the engineer.

“Somehow you grow into it. This place is not just stages, but also the space between. Did you know that there are more people living at the Roskilde Festival per square metre than in Shanghai?” she adds.

Anna Sloth Bidstrup, in her eighth year as a volunteer, is one of 100 students from the Technical University of Denmark (Danmarks Tekniske Universitet, DTU) volunteering on various engineering projects.

The number of students given volunteer passes to demonstrate and try out their projects may sound like a big expense for a non-profit event that relies heavily on ticket sales, but the Roskilde-DTU collaboration has mutual benefits, Bidstrup says.

“We have a lot of interaction with guests and more serious projects too. We have ongoing work – we’re now in the second year of a project developing a way to make electric power used by the festival more efficient to improve its sustainability, so hopefully that is one example of something that can help the festival,” Bidstrup says.

Roskilde Festival spends about 8 million kroner ($1.2 million) on waste management every year and is trying to improve its efficiency – partly by asking campers to take non-biodegradable items like air beds and camping chairs with them when they go home.

One project being trialled by DTU in 2017 might be able to help to that end – a refuse-collecting robot, which will be demonstrated at the university’s stand on Friday.

Bidstrup is quick to point out that the robot is only a prototype.

“It’s a chance for DTU students to use their engineering skills in real life. If it works at Roskilde, it will work anywhere,” she laughs. 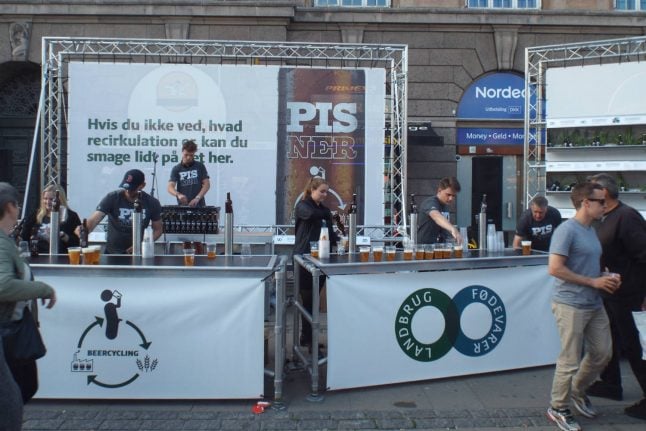 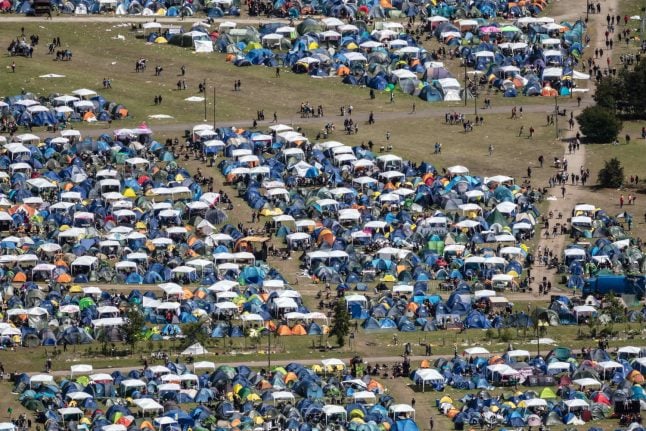