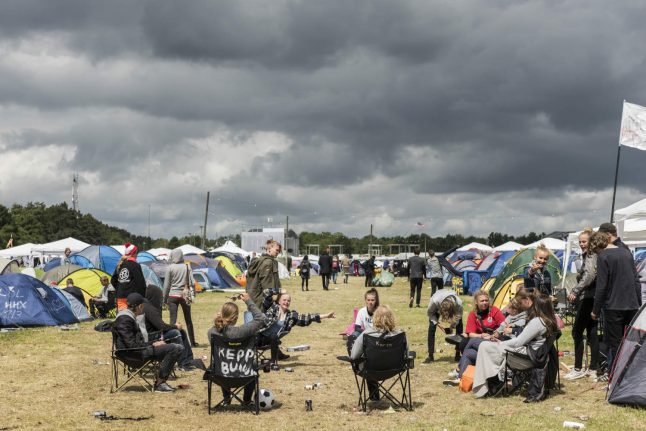 Rainproof footwear is also a likely necessity in other parts of the country, warns the Danish Meteorological Institute (DMI).

The eastern half of the country and the northern part of Jutland can expect downpours on Thursday and Friday, according to DMI.

Between 25 and 33 millimetres of rain are predicted to fall within six hours in some parts of the country.

As much as 15 millimetres of rain could fall within half an hour during localised downpours, DMI reports.

The agency’s warning of heavy rain and downpours is effective for North Jutland, Djursland, northwest Aarhus, and swathes of western and central Jutland along with both northern and southern Zealand, Copenhagen, and the islands of Lolland, Falster and Bornholm.

It is not certain that all of these areas will be hit by the downpour, but heavy rain is possible in all of them.

“We have a quite unstable air mass moving from eastern Germany up over the eastern and northern part of Denmark. This is where it will be most humid and warm, and will lead to heavy rain, thunder and downpours,” Jacobsen told DR.

Thousands of people currently camping at the Roskilde Festival on Zealand could well find themselves in for a wet couple of days.

But Jacobsen said that there were no guarantees over where the downpours would actually fall.