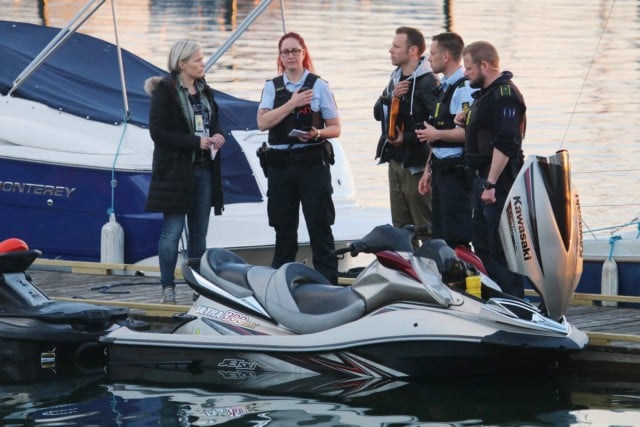 Police at Brøndby Harbour after the May 8th jetski accident in which two women were killed. Photo: Mathias Øgendal/Scanpix

Poulsen will today meet with Copenhagen’s police, mayor and representatives from the city’s harbour to propose stricter control over the use of the water scooters, reports TV2.

But police will need to be given extra resources before the measures can be implemented, Poulsen told the broadcaster.

Representatives from the police and harbour as well as Copenhagen Mayor Frank Jensen will meet Poulsen Wednesday to draft the new rules.

The initiative was taken by Poulsen after a tragic incident in Copenhagen Harbour earlier this month, in which a speeding jetski collided with a tourist boat, killing two American exchange students.

The driver of the jetski involved in the incident is currently remanded in custody until June 1st while police carry out investigations.

Poulsen said prior to the meeting that he was certain that stronger rules would be introduced.

“From the political side, three things are going to happen. There will be some form of number plate system, so we can identify [jetskis]. There will be larger fines, and it will also be made possible to confiscate,” Poulsen told TV2.

The minister added that he expected the police to “step into character and signal through signs and campaigns that there will be strong interventions against jetski madness.”

But although police boats are able to respond to reports of illegal sailing, they often have difficulty catching the fast jetskis and identifying drivers, who usually wear masks.

One aim of Poulsen’s number plate system is to make identification easier.

“It doesn’t help if they’re only punished by fines – they have no respect for it,” the mayor told TV2.