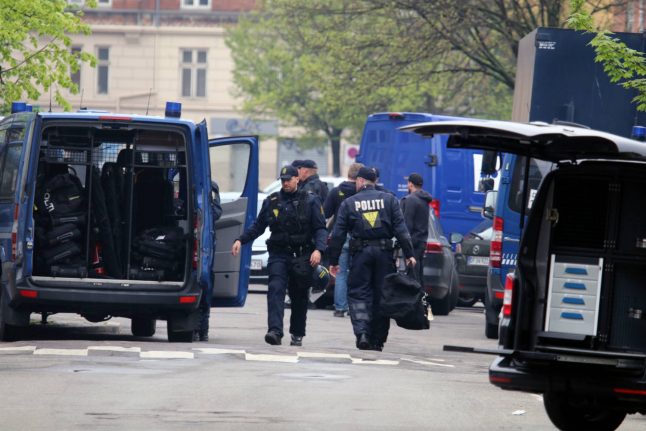 25 people have been arrested following this morning’s raids, police confirmed at a press conference.

The arrests follow disturbances in the city during a demonstration on March 1st, reports Politiken.

“We will not accept our staff being subject to stone throwing and violence when they are working to ensure calm and order,” the police said at the press meeting.

Police confirmed that they carried out raids on ten different addresses in Copenhagen at 6am Wednesday. Nine of the 25 arrested are expected to attended preliminary hearings during Wednesday.

Investigations prior to the arrests involved review of large amounts of video material from the disturbances on March 1st.

At one of the communes raided by police, BumZen in Nørrebro, police found caltrops, pepper spray, chemicals and other objects that could be used as throwing missiles, reports Politiken.

Police have also reportedly requested an inspection of structural changes to the building on Nørrebro’s Baldersgade due to concerns it may be unsafe.

The arrested individuals are all between 15 and 25 years old and are charged with violence against civil servants, gross violence, disturbing the peace and vandalism.

The March 1st demonstration, which began peacefully, became more violent as it moved along the Nørrebrogade thoroughfare, reports Politiken.

According to police, some of the protesters began hurling rocks, Molotov cocktails and other projectiles at both officers and their vehicles, and smashed window of banks and nearby shops.

Disturbance reached the new Youth House (Ungdomshus) at Dortheavej, where bottles were thrown and objects fired at police with catapults.

Three people were briefly detained for attacking police while six were arrested for offences including carrying a weapon. All nine were questioned and released.

The previous so-called Youth House had been a popular hangout for anarchists and left-wing groups who protested the city's sale of the building to a Christian congregation that later tore it down.

Copenhagen was the scene of days of violent rioting after a group of squatters were evicted from an abandoned building on March 1st in 2007. 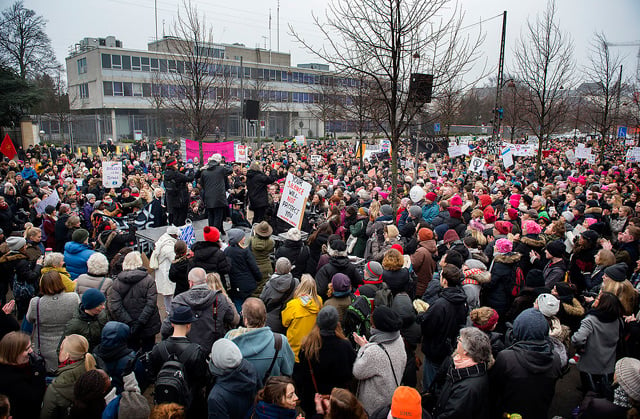 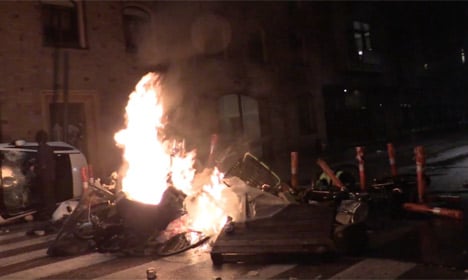