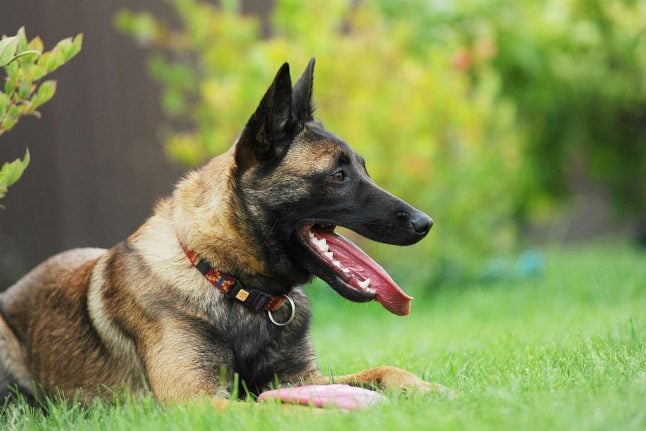 Not a photo of Pablo, but a fellow Malinois. Photo: Iris/Scanpix

Highly-trained police detection and sniffer dog Pablo has again been stolen from his home in Aarhus.

Pablo’s owner Michael Johansen went to let the dog out of its kennel Thursday to find the fence cut open and the dog missing, reports TV2 Østjylland.

“This time they have cut a hole in the fence, in the lowest part of the door. It was cut open with pliers,” Johansen said.

Active police dogs like Pablo are best suited to kennels when they are off-duty as the nature of their training means that they are unable to relax indoors, Johansen explained.

The dog, which was originally stolen Monday night, was found by police the following day after a Facebook post by the Danish Air Force (Flyvevåbnet) was shared 15,000 times.

East Jutland police confirmed to TV2 Østjylland Thursday morning that the dog had been stolen for a second time.

“It’s really sad for him with everything he’s been through,” Johansen said.

A new appeal has now been posted on the Air Force’s Facebook page after the new disappearance.


Pablo is being trained as a tracking and drug detection dog at the Air Force Training Centre at Karup in central Jutland.

Together with Johansen, Pablo is scheduled to travel soon to Afghanistan, where the pair will look for narcotics in the luggage of Nato soldiers at Kabul’s international airport.

The four-year-old sniffer dog, which resembles a German Shepherd, is actually of the smaller Malinois breed and has a characteristic swinging walking style due to its training, Johansen told TV2 Østjylland.