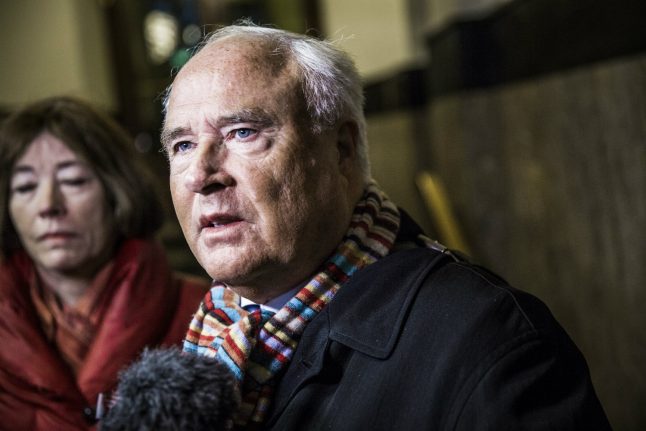 Østergaard was sentenced to 18 months behind bars and fined 9 million Danish kroner (1.2m euros) for manipulating the stock market price of Parken Sport & Entertainment, owner of the club and stadium, in 2007 and 2008.

“The Court of Appeal found it had been proved that the company had attempted, through activities it had carried out on the stock exchange, to keep the share price at an abnormal or artificial level compared to its market value,” a statement from Copenhagen Court read.

The fine corresponds to the personal profit that 73-year-old Østergaard was estimated to have made.

The scandal has sullied the reputation of the colourful businessman, who successfully presided over FC Copenhagen from 1997 to 2010, when they won the Danish title six times and reached the group phase of the elite Champions League.

His nickname followed the publication of his 2002 autobiography “Don Ø”.

Never far from the spotlight, Østergaard claimed in the 2015 book “Exit Parken” that in 2006 he refused an offer from Libyan dictator Moamer Kadhafi to buy FC Copenhagen.