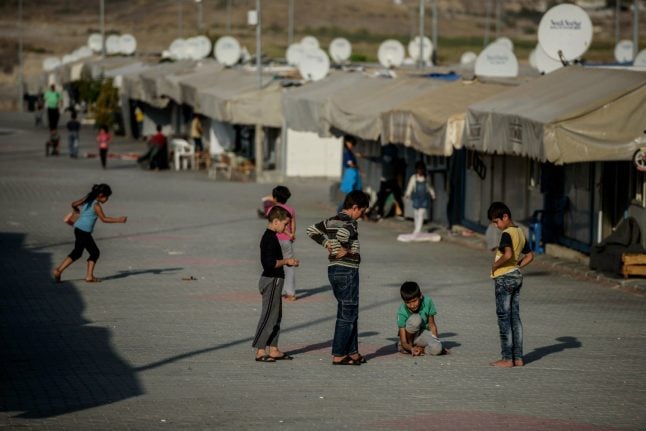 The government will be keeping 400 million kroner that it had drawn from its foreign aid budget in order to pay for asylum seekers coming to the country last year.

After finding that it had overestimated the asylum costs, the government will not redirect the money back to foreign aid, reports Altinget.dk.

The money, put aside to help newly-arrived asylum seekers, is now not needed for that purpose after fewer arrived than expected, the Ministry for Integration (Udlændinge- og Integrationsministeriet) told Altinget.

Opposition MP and foreign policy spokesperson Martin Lidegaard of the Social Liberal (Radikale Venstre) party said that the outcome was “deeply embarrassing” for the government.

“Some of the world’s poorest and most distressed people, including those near the crisis zones, are missing out on 400 million kroner because the ministers were not up to the task. That’s why it is essential that they explain how they are going to correct this,” Lidegaard told Altinget.

The total number of asylum seekers reaching Denmark in 2016 ended at around 6,000, a lot lower than the 10,000 budgeted for, reports newspaper Politiken.

The decision by the government to use money budgeted for foreign aid for asylum was itself a controversial one.

But the spare funds remain in the coffers of the Ministry of Finance, writes Altinget.

Anders Ladekarl, general secretary of the Danish Red Cross, said that his organisation would have found many uses for the extra 400 million kroner.

“Maybe [it could have been spent on aid for] the famine catastrophe we are seeing at the moment. Maybe from stopping refugees near to conflict zones from having to flee to Europe or Denmark,” Ladekarl told news agency Ritzau.

“The important thing is that Denmark lives up to UN targets of giving 0.7 percent in foreign aid. And we did that with 7.5 percent in 2016. That is how it has been for 39 years, and that is what we will do going forward,” Tørnæs told Altinget.

But Ladekarl says more can be done.

“If we want to ensure that development is possible, so people can stay where they are, we need a solid foreign aid. And that means more foreign aid than Denmark is giving today,” he said.