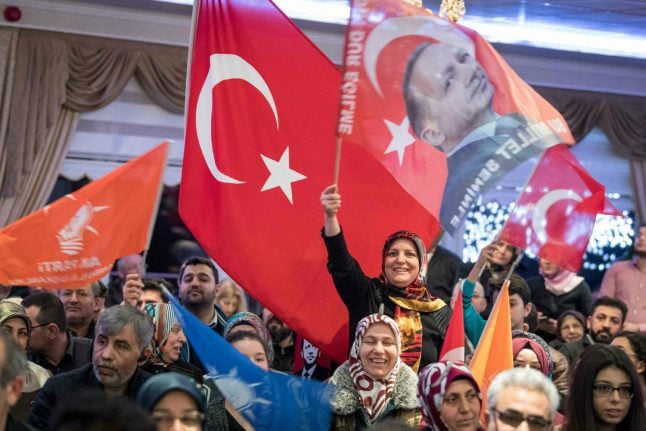 Neither the Liberal (Venstre) party, the largest party in the country’s governing coalition, nor the nationalist Danish People’s Party (DF), which supports the government in parliament, wants Turkish prime minister Binali Yildirim to hold campaign meetings in the Scandinavian country.

Kenneth Kristensen Berth, EU spokesperson for DF, told newspaper Politiken that he was highly critical of Turkey’s policy of campaigning in other European countries.

“I think it is completely unacceptable that Turkey is transforming European countries into a battlefield for its internal election campaigns,” the minister said.

Diplomatic tensions have resulted in both Germany, where Turkish MPs were barred from campaigning last week, and in the Netherlands, where police broke up crowds in Rotterdam Sunday after Turkey's Family Minister Fatma Betul Sayan Kaya was denied permission to address a rally in the Dutch port city.

Turkish President Recep Tayyip Erdogan on Sunday warned the Netherlands would “pay a price” for preventing his ministers from holding rallies.

Both Germany and the Netherlands have a large number of citizens with Turkish voting rights.

Turkey’s government wants to campaign to foreign-based citizens that can vote in a referendum on April 16th. Ankara wants citizens to vote for a constitutional change that would expand presidential powers.

Berth said that an insistence by Turkey on campaigning in Denmark would show a “lack of respect”.

“We do not want internal conflicts imported from Turkey with the assistance of a very self-assured Turkish government. It quite simply will not do,” Berth told Politiken.

“It shows a lack of respect for the integrity of other European countries that election campaigns are being conducted outside of the country’s borders. I think it is rude and we should make it clear that we will not allow it,” the MP continued.

Although a final decision by the government has not yet been confirmed, Venstre’s foreign policy spokesperson Michael Aastrup wrote on Twitter that “expects” that Turkey’s prime minister will not hold election meetings if he visits Denmark.

“This would be a red rag to relations between us and Kurds, amongst other things,” wrote Aastrup.