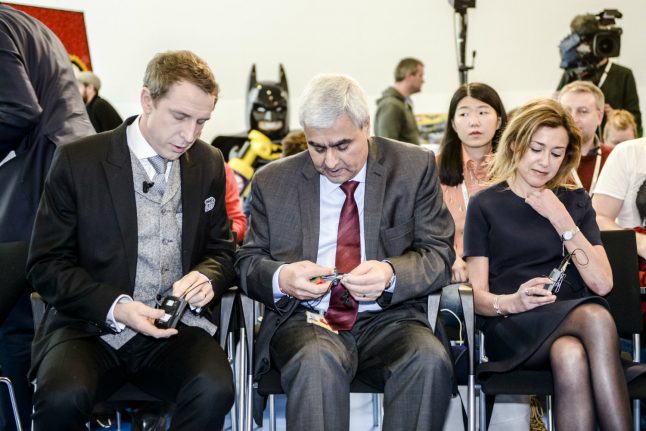 Revenues jumped by six percent last year compared to 2015, to 37.9 billion kroner (5 billion euros, $5.2 billion), for a net profit up two percent to 9.4 billion. This is the smallest annual rise since 2007 for both figures.

“We have had an almost supernatural growth in recent years. Now we have more sustainable growth,” CEO Bali Padda told a live-streamed press conference.

While consumer sales in European markets were satisfactory and development prospects were “interesting” in China, they “stagnated” last year in the United States despite large marketing expenses.

“In the US, consumer sales were flat year-on-year despite a significant increase in marketing spend in the second half of the year,” Padda said in a statement.

“We were encouraged by our performance in mature markets in Europe and continue to see strong potential in China, which represents an attractive growth opportunity,” Padda added.

Lego, whose masked figures hit the top of the US box office with “The LEGO Batman Movie”, plans to launch new products this year combining physical toys and digital platforms.

The toy maker giant will continue to invest internationally, especially in production in China where it will build a new plant.

It announced in December a split that would focus the value and strategy on a new entity to control the brand, Lego Brand Group, led by Jørgen Vig Knudstorp, the first non-family member of the company.

Lego Group has transformed over the years into an increasingly large group, while remaining exclusively in the hands of the descendants of Ole Kirk Christiansen, a carpenter who had created a wooden toy manufacturer in 1932 and patented the famous plastic brick in 1954.

As “The Lego Movie” is set to have a sequel in 2019, the brand is widely known in video games, cartoons, Legoland amusement parks, and other products.