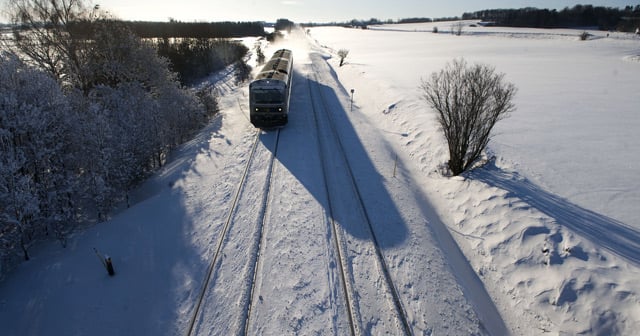 Banedanmark said that its information system was displaying correct info again by 8am. File photo: Lars Horn/Banedanmark
Railway network operator Banedanmark’s entire information system was inoperable during the morning rush hour.
The nationwide system outage meant that snow-covered passengers were unable to get accurate train information on station screens or speaker systems. The smartphone app Rejseplanen was also affected.
The problem was fixed just before 8am after being down during the early morning hours.
A Banedanmark spokesman told broadcaster DR that display screens at stations nationwide were once again displaying correct information.
“We have localized the problem in our IT system and all screens and speakers are working again. I was out to check it at the platform,” the rail operator’s head of traffic information, Frank Haugaard, said.