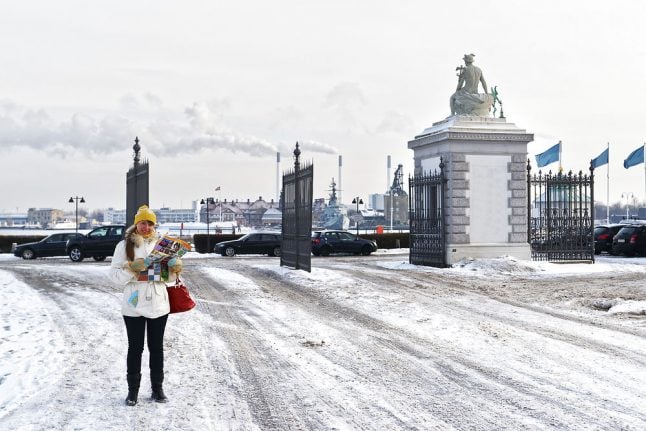 DMI is calling for snow on Tuesday and Wednesday, along with biting cold temps. Photo: R.Babakin/Iris
According to the Danish Meteorology Institute, the mercury will dip below zero on Monday night and will stay there until Saturday.
But what the thermometer says and how it actually feels could be two very different things.
“On Tuesday, Wednesday and Thursday we will have subzero temperatures around the clock. And on Tuesday and Wednesday it will also be quite windy so it can feel like 10 to 15 degrees below zero,” DMI’s Thyge Rasmussen told news agency Ritzau.
The daytime highs throughout the week are expected to be between 0 and -3C, while the nighttime hours will be even colder.

DMI's six-day forecast issued on Monday. Graphic: DMI
The best chance for significant snowfall is mid-week, Rasmussen said.
“Wednesday will see snow showers throughout the country but it will be most significant along the Baltic Sea. At the same time, there will be a lot of clouds and it will be windy,” he said.
After several grey and dreary days in a row, Danes would be forgiven for forgetting what the sun even looks like but Rasmussen said there is “a chance” that the sun might peak through on Thursday and Friday as the strong winds begin to taper off.