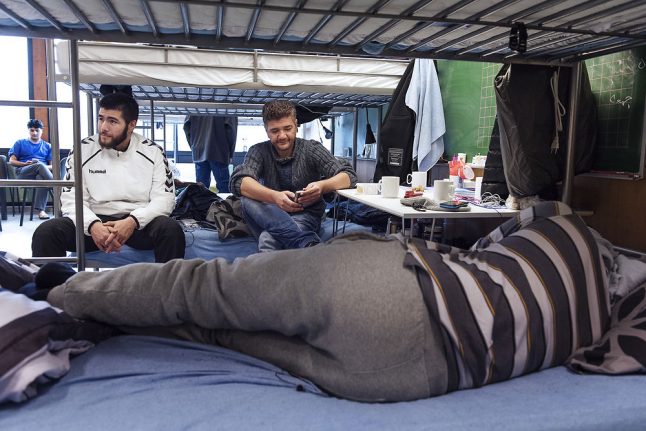 Some of those who returned home cited long wait times and a reality that did not mesh with their expectations. Photo: Claus Bech/Scanpix
According to broadcaster DR, which first reported on the statistics, that is the highest number ever and also the first time that asylum seekers leaving Denmark on their own accord outnumber those whose applications were rejected.
Three out of four of those who left did so before their cases had been processed. According to Jacob Jørgensen, an IOM spokesman in Copenhagen, most of those who left returned to Iran, Iraq or Afghanistan. There were also a significant number of voluntary returns among nationals of Russia and Ukraine.
Many cited long waiting times in Danish asylum centres, ill family members in their home countries and false expectations as the primary reasons for leaving.
“There are probably just as many reasons as there are people. We often hear about illness in the family causing people to want to quickly return home. Others are disappointed because their expectations, which may have been built up by human smugglers, did not match reality,” Jørgensen told news agency Ritzau.
The Danish Refugee Council cautioned against drawing the conclusion that those who left Denmark didn’t need help to begin with.
“Some of them may have travelled back and then left their home countries again to seek asylum again. But beyond that I would say that if people don’t want to seek asylum in Denmark then it is fine that they go back [home] again,” the council’s head of asylum, Eva Singer, told DR.
Denmark, with its population of 5.7 million, accepted 6,072 asylum seekers in 2016, a sharp drop-off from the roughly 21,000 who came to the Nordic nation in 2015.