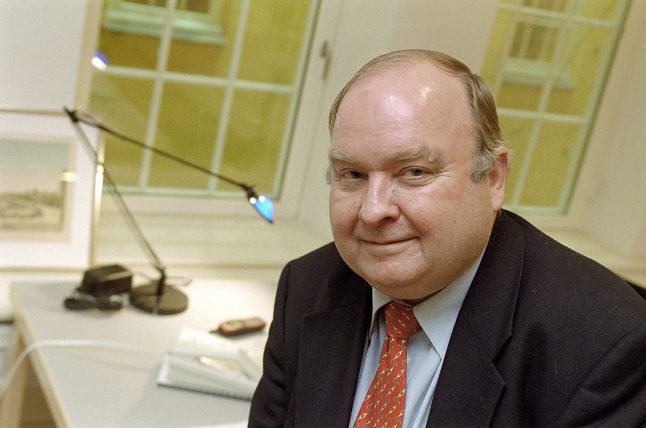 Henning Christophersen, seen in 1999. Photo: Scanpix
The Danish politician served as the country's foreign minister and finance minister before becoming vice president of the European Commission in charge of economic and monetary affairs, playing a leading role in the creation of the single currency.
“Henning Christophersen was a very respected European commissioner who had… a great influence on the work of the commission,” Danish Prime Minister Lars Løkke Rasmussen said in a statement.
Another architect of the euro, former Bundesbank president Hans Tietmeyer, died on December 27th at the age of 85.
The currency, now used by nearly 340 million people, celebrated its birthday on Sunday, 15 years after euro coins and notes were introduced on January 1, 2002.
It was first launched on January 1, 1999 but initially existed only as a virtual currency used in accounting and financial transactions.
Ironically, Denmark, although a member of what was then the European Economic Community since 1973, has never joined the 19-country eurozone.