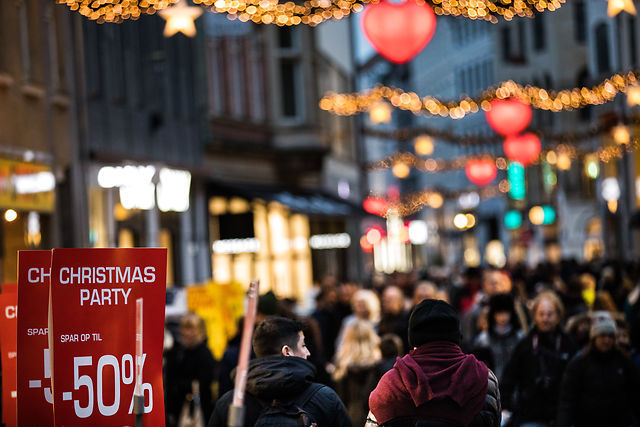 The biggest shopping day was December 23rd. Photo: Martin Sylvest/Scanpix
Danes spent 30.5 billion kroner ($4.3 billion, €4.1 billion) during the first 23 days of December, increasing this year’s holiday spending by 2.9 percent over the same period in 2015.
December 23rd was a particularly busy day, as consumers spent 1.7 billion kroner ($239 million, €229 million) on their national debit cards (Dankort). That marks the fourth-biggest single shopping day ever recorded and is almost double the year's daily average of around one billion kroner.
But just because the presents have now been opened doesn’t mean that the Christmas rush is over.
The Confederation of Danish Industry (Dansk Erhverv) said that Danish consumers are likely to return gifts to the tune of 250 million kroner this year.
“We expect that every third Dane will exchange one or more Christmas presents and that amounts to a combined gift exchange of nearly a quarter billion kroner,” head consultant Bo Dalsgaard said in a press release.