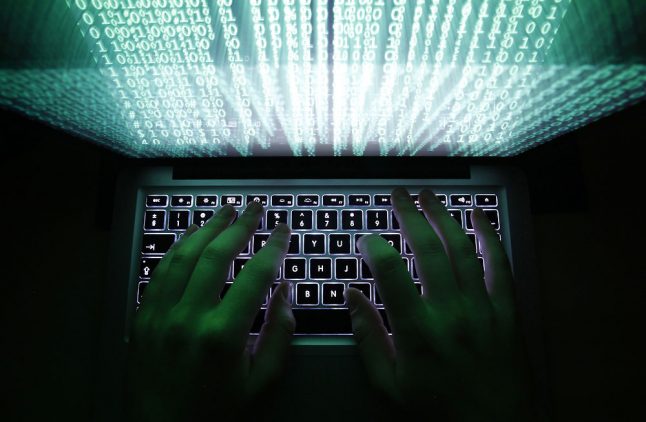 DDIS said that cyber attacks could also be used to "influence public opinion" in Denmark. Photo: KACPER PEMPEL/SCANPIX
The Danish Defence Intelligence Service (Forsvarets Efterretningstjeneste – DDIS) released its national risk assessment report on Tuesday, warning that Denmark is still considered a top terror target, that the nation is already being targeted by spies and criminals in cyberspace and that Russia will flex its military muscles over the coming years.
“Russia is carrying out a military buildup and modernization in western Russia, and the Baltic Sea region has become a major area of friction between Russia and Nato,” DDIS wrote, adding that Russia’s manoeuvres will give it “increased military options toward the West but Russia will not risk a direct military confrontation with Nato”.
“Russia’s distrust of Nato and its willingness to take risks increases, however, the risk of misunderstandings and miscalculations. Together, that contributes to increased insecurity, including in the Baltic region, and Russia in the coming years will continue to be a significant security challenge for the West and Denmark.”
DDIS also warned that Russia not only poses a physical threat, but in cyberspace as well. The agency warns that the “cyber threat against Denmark is very high and it is an ongoing threat in which Danish authorities and enterprises are continuously attacked by cyber espionage attempts”.
Beyond espionage, the agency also said that cyber attacks from Russia and other foreign states could be used to “influence public opinion” in Denmark and other Western countries.
The assessment report also said that the terror threat in Denmark remains “serious” and that future attacks against the West will be increasingly carried out by so-called lone wolves, who act on their own but who are inspired by terror groups like Isis or al-Qaeda.
“Individuals in the West who sympathize with these groups are carrying out more terror attacks than before, without prior training or direct control from the terror groups,” the report said.
Although Denmark has not been targeted by a large-scale attack like the one seen in Berlin on Monday or in Nice over the summer, it still remains a prime target for terrorists.
“The terror threat against Denmark has not subsided,” DDIS head Lars Dindsen told Ritzau.
A DDIS employee who spoke anonymously to the news agency said that terrorists have not forgotten that Denmark was the source of the Mohammed cartoons in 2005.
“We still see references to the Mohammed drawings but other factors, like Denmark’s participation in the military coalition against Isis, now play a larger role in the terror threat,” the employee said.
The DDIS risk assessment can be found here (in Danish).