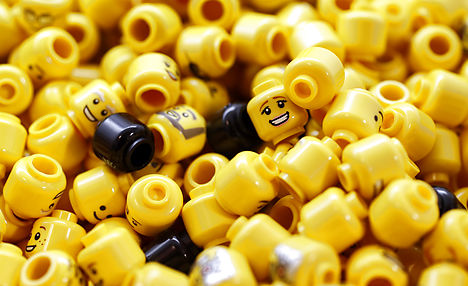 A Lego spokesman said that Asia is "a future core market" for the Danish company. Photo: Stefan Wermuth/Scanpix
Only the fifth Lego factory in the world, the plant in eastern Zhejiang province will pump out up to 80 percent of the company's products sold in the booming Asia market, the company said.
China's fast-growing consumer market is a prize for foreign companies, even as expansion slows in the world's second-largest economy.
But knockoff sets of colourful building blocks are widely available in the country, and online gaming is massively popular among young people, posing challenges to Lego's expansion.
The company was criticised in 2015 when artist Ai Weiwei said it refused to sell him bricks because they would be “used for political works”.
Ai has been targeted by Chinese authorities for his advocacy of democracy and human rights as well as other criticisms of the government.
Earlier this year Lego opened its then-largest retail store in the world in Shanghai, and it has updated its figurines to include dragons and ninjas in a bid to boost its appeal to Asian buyers.
“Asia — including China — is a future core market for the LEGO Group,” said Bali Padda, the company's chief operating officer.
Its new China plant will employ 1,200 people and represents an investment of more than 100 million euros, the company said, without offering specifics.