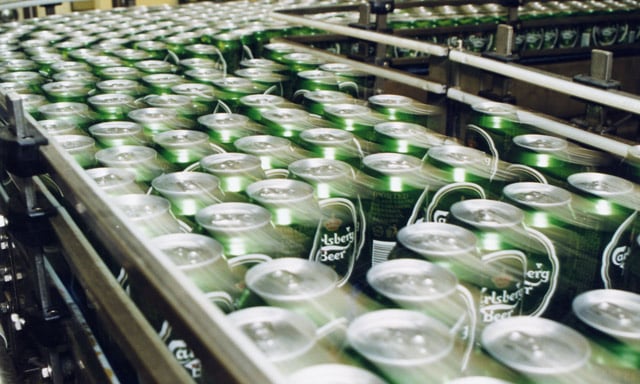 Photo: Carlsberg Group
Julian Momen, chief executive officer of Carlsberg UK, said the company was “deeply saddened” by the incident on Wednesday lunchtime at the Northampton brewery.
Eleven of those hospitalised were working on site, including a 51-year-old man who is in a “serious but stable condition”, according to police.
Eleven members of the emergency services were also taken to hospital following the incident, which is under investigation.
“Police have confirmed the gas leak is confined to the Carlsberg UK site and the emergency services do not believe there to be any wider risk to members of the public outside of the site,” Momen said in a statement late on Wednesday.
“Nothing is more important to us than the safety of everyone working for us,” he added. “We are working closely with the authorities to investigate how this tragic  incident occurred and we will be in a position to say more once a full investigation has been concluded.”
Momen said the company would support the family of the victim, a man in his 40s, in “every way we can”.