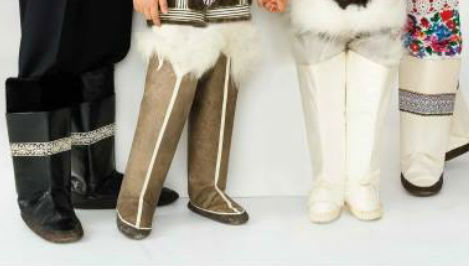 Peta slammed Danish royals for wearing fur-lined boots. Photo: Danish Court
Crown Prince Fredrik, Crown Princess Mary, and their four children wore fur-lined boots when they were photographed for a new Greenland stamp, which is being issued to commemorate the couple’s copper wedding anniversary on November 14.
But animal rights group Peta said that the choice of footwear did not befit a commemoration.
“It's hard to think of a less appropriate way to commemorate an anniversary than by dressing the family in the skins of animals whose families were slaughtered to make them,” Sascha Camilli, the group’s European Media Coordinator told The Local.
“Times have changed, and unless Danes wish to be viewed as callous and out of touch, they should start creating new traditions that celebrate compassion and replace those tired, cruelly produced furs with new eco-friendly and humane fabrics.”
The Danish Royal House did not respond to questions over which fur had been used for the boots, but seal fur is traditionally used for garments in Greenland.
On a visit to Greenland in September, Princess Mary, who is Australian, wore a designer coat featuring seal skin, prompting an angry response from Peta’s Australia division.