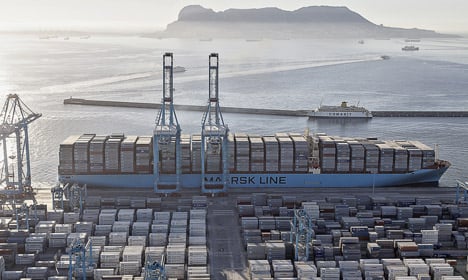 The company said the current chief executive of shipping unit Maersk Line, Søren Skou, 51,would replace Nils Andersen, 57, at the helm, combining two roles as he would continue to head the shipping business.
Andersen, who became chief executive in 2007, had strengthened “the customer focus and competitiveness of the businesses,” chairman Michael Pram Rasmussen said in a statement.
“The board of directors has tasked the new management to investigate the strategic and structural options to further increase agility and synergies,” the group said.
“We will evaluate… whether it makes sense to split up into several smaller units,” Rasmussen told Danish news agency Ritzau.
The company said it would “communicate on the progress” of this plan before the end of the third quarter.
Maersk Line is currently facing a depressed shipping market that is weighed down by overcapacity and sluggish global trade, while Maersk Oil has had to cut staff as a result of falls in oil prices.
Other Maersk businesses include port operator APM Terminals and offshore oil drilling company Maersk Drilling.
Shares in Maersk closed 11.9 percent higher on the Copenhagen stock exchange on Thursday, where the main index was up 1.86 percent.