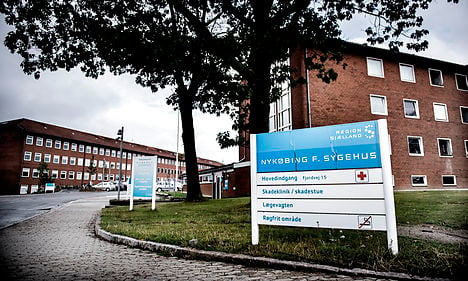 Photo: Thomas Lekfeldt/Scanpix
Christina Hansen, 31, was found guilty of administering overdoses of morphine and the sedative diazepam to three elderly patients at a hospital in the southern town of Nykøbing Falster between 2012 and 2015.
A fourth patient, who survived, was also found to have traces of the substances in her blood.
The Nykobing Falster district court found that the patients had been given, among other things “morphine in lethal doses, and that the perpetrator was the nurse,” a statement said.
“The accused was not an angel of death. She was a devil of death,” prosecutor Michael Boolsen said in calling for her to get life. Under Danish law, such a sentence only allows for a parole hearing after 12 years.
“In the prosecution's view, there are no mitigating circumstances in this case,” he said.
Lawyer Jørgen Lange appealed the verdict, telling Danish media the court's decision was “shocking” given that some of the patients had been terminally ill.
Among more than 70 witnesses heard by the court, several said they had suspected Hansen of trying to harm patients long before she was detained in March last year, and that they believed she had done so in search of drama and attention.
A psychological evaluation found that the nurse was not mentally ill but that she suffered from a personality disorder characterised by “egocentricity” and a “persistent quest for excitement.”
Hansen, who denied all charges, was also ordered to pay 425,000 kroner (€57,100, $63,300) in damages to family members of one victim.
She was also to pay 25,000 kroner to the 74-year-old woman who survived the attempt on her life.
Preliminary charges filed against Hansen in August last year over a fourth suspicious death were later dropped.