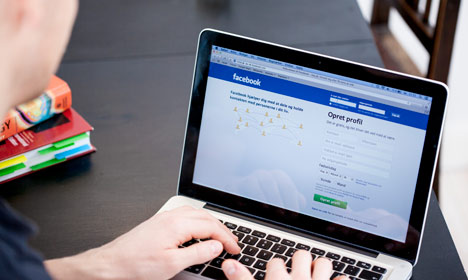 The man's trial is scheduled to start next week. Photo: Colourbox
According to the man’s indictment, he posted videos to Facebook that were produced by the terror group Isis and showed scenes of murder.
In comments posted along with the videos, the man wrote threats in English and Arabic that targeted “infidels” “lapsed [Muslims]” and “spies”.
The 19-year-old has now been charged with threatening to commit terror at Justice Minister Søren Pind’s request.
“In recent years, we have seen a powerful increase in propaganda online that sympathizes with terrorists. We cannot accept that. It’s important that the authorities are vigilant and ensure that these types of threats are met with consequences,” Pind said in a statement.
Public prosecutor Jan Reckendorff that the case against the 19-year-old is “unusual”.
“It has only happened very rarely that the public prosecutor’s office has filed charges against a person for threatening terror. The public prosecutor believes that the 19-year-old’s serious threats on Facebook were made with the intention of seriously frightening the public,” he said.
The case against the man is scheduled to get underway in Aarhus on May 18th. He faces a maximum sentence of four years in prison.