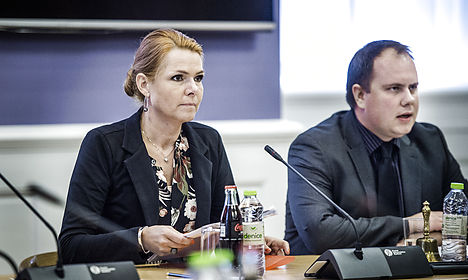 Current EU rules for asylum seekers, known as the Dublin System, state that refugees must apply for asylum in the first EU country they reach. This means that Denmark, which has legal exemption from Dublin but participates through a so-called ‘parallel agreement’, is able to send refugees back to other EU member countries that they have previously been to.

On Wednesday, the EU commission released details of a proposed reform to the Dublin System to cater for the hundreds of thousands of refugees currently arriving in the EU from crisis-torn countries such as Syria, Iraq and Afghanistan.

“I have not spoken to the commission today. But the commission is fully aware of Denmark’s position in this case,” integration minister Inger Støjberg told Politiken.

The new proposal by the commission enables asylum seekers to be proportionally redistributed among other EU countries should an individual country come under significant strain.

Countries that refuse to accept the proportions required by the EU could face fines of up to 1.8 million kroner ($275,000) per refused asylum seeker.

Støjberg wants to secure a new parallel deal that would enable Denmark to continue sending migrants back to other EU countries without being subject to the EU distribution model.

Denmark risks becoming a “magnet” for asylum seekers if it ends up without an agreement and decided to leave the Dublin agreement, according to Prime Minister Lars Løkke Rasmussen.

Rasmussen said that without Dublin, migrants would be likely to ‘try their luck’ in Denmark in the knowledge that they cannot easily be deported to the EU country they arrived in, according to a Politiken report.

But Støjberg told Politiken that such measures are not possible due to Denmark’s participation in a number of international conventions.

“If an asylum seeker comes here and asks for asylum in Denmark, then we have to process his case. We can’t just introduce what the Danish People’s Party are asking for. At least, not if we want to abide by the conventions,” said Støjberg.

“You can not just leave conventions. That is a very wide-ranging process, and many things must be taken into consideration before leaving a convention,” the minister continued.

Støjberg told Politiken that she felt a “certain goodwill” from the EU commission towards the Danish position, and that although there was a long way to go, the government would “fight for its position”.

The minister also denied that Denmark was looking to shirk its responsibility towards other EU countries.

The proposed reforms also include measures to require asylum seekers to remain in the member states processing their cases and stronger guarantees for unaccompanied minors.

While Germany are expected to support the commission’s proposal, a number of other countries are also said to remain sceptical about redistribution of asylum seekers.