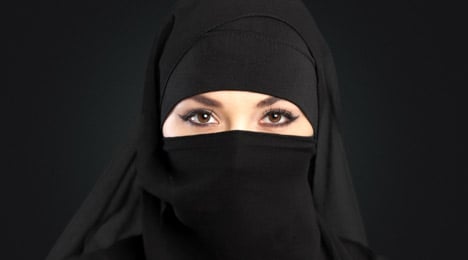 The school said that the learning process was disrupted by the niqab. Photo: Iris/Scanpix
The school in question, VUC Lyngby, said that it changed its rules in the autumn to no longer allow students to cover their faces during class but the case only hit the media this week when a post on the school’s Facebook page led to a debate over its policies.
As the story picked up steam in the national press on Wednesday, the school went to Facebook to explain its decision.
“Free and unhindered communication requires that we can see each other’s faces. Therefore it is not allowed to cover the eyes, nose or month while participating in lessons,” a post read.
The school said that “everyone is welcome” at the institution and that while no one had been thrown out of class for wearing a niqab, the new policy will applies to all future students at the school.
The six women who were told that they would not be able to attend future classes while wearing a niqab have been offered the opportunity to follow along via e-learning.
School official Inge Voller told Metroxpress that the policy was not religiously-motivated.
“This isn’t a question of religion or ethnicity but on learning, as we are an educational institution. It’s about how to create the best learning and we believe you can do that best when you can communicate openly with one another,” she said.
While the school’s policy had its critics, the majority appeared to agree with the decision. Opinion polls on both Metroxpress and Ekstra Bladet showed that an overwhelming majority of readers backed the school.
Ruling party Venstre and support parties the Conservatives and the Danish People’s Party also expressed support for VUC Lyngby, with the latter using the incident to repeat its demands for a national ban on burqas and niqabs.
“It is essential in our society that we can see each other and interpret each other when we talk together,” DF spokesman Martin Henriksen told news agency Ritzau.
DF has proposed niqab bans in the past and Henriksen said the party would bring the issue up again.
“We want a total ban except for within one’s private home. One can do whatever they want there,” he said.
France and Belgium are the only two countries to ban Muslim veils nationwide but parts of Switzerland, Italy and Spain have also banned burqas and niqabs at the local level, although the latter was later dropped.