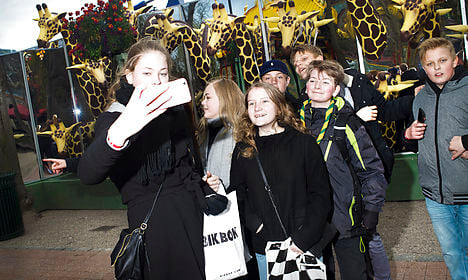 A trip to Tivoli to spend some of their gift money is a key part of confirmation for many Copenhagen area teens. Photo: Marie Hald/Scanpix

If there is one thing everyone should know about Danes, it's that they love their traditions. Some would even say that in Denmark, “tradition is our religion”. Confirmation within the Church of Denmark is one these traditions and if you're a bit confused on what it's all about, here is a handy guide. Confirmation has been around in Denmark since 1736. It was an obligatory religious act, and if you were not confirmed at church you were not allowed to study or work. Fortunately that's not the case anymore.

Even though for some Danes confirmation is a religious act, today it doesn't really matter if participants believe in God or not. While many may think that confirmation is about saying yes to God and confirming your baptism, it is actually God saying yes to you and accepting you as his child. So even the non-faithful get in on the act, often taking a crash course in the religious aspects in the weeks before the big day.

Others have embraced the idea of a 'nonfirmation', which basically includes all of the partying and gifts (more on that later) but none of that God business.

Most of all, confirmation is a celebration and a time-honoured coming of age ritual. It is for white-clad teens between 14-17, though most take part in the tradition while they are in seventh grade, meaning they are typically around 15 years old.

According to the Church Ministry, 48,334 teens were confirmed in 2015 and that is 71 percent of the all the teens in the country. The number of teens participating each year has dropped by around six percent since 2001, but rebounded slightly last year.

3. When does it take place? Confirmation day typically falls on a Sunday sometime in April, May or June, dependent on the local church schedule. However, Saturday confirmations have become increasingly popular in recent years.

in order to be able to get confirmed in the church teens are obligated to attend 48 hours of confirmation class during the school year. Classes usually start in autumn of the year before until the April of the year they want to be confirmed. In these classes they learn about the basics of Christianity and decide for themselves if they want to believe in God or not.

4. What is the church ceremony all about? The ceremony is usually huge. It is normal to confirm from 10 to 30 teens in one church, or even more, depending on the church's size. Some churches host two to three ceremonies in one day and with guests of every family attending the ceremony, the crowds can be enormous.

Pro tip 1: Be prepared to stand up during the ceremony.

Pro tip 2: If you are invited to the festivities, it is very rude to just pop up at the party. You have to attend the who ceremony.

5. What about the after party? For most people, this is the biggest event of the day. Families and friends are invited to a big party, that often has a them and a three course menu with A LOT of speeches and homemade songs.

Here is the order of the party for most families, and some to dos and don'ts:
Arrive on time. One cannot emphasis enough how important it is for Danes to be punctual. Do not forget to bring a gift for the young person (see below) and it wouldn't hurt to bring a bottle of wine for the host family.
Upon arrival, there will usually be welcome drinks and a snack table that guests will gather around and chat. You can mingle and talk about how beautiful the ceremony was, comment on the decorations and ask the person's relation to the star of the party.
Then everyone will take a place at the tables. As is the case at Danish weddings, there is usually assigned seating with a name card at each plate. Be careful to not take the grandmother's chair!
The party will start with a welcome song that every one will sing, then the appetizer is served. After that the parents will give a speech and as each course is served, there will be more speeches and songs that the guests have written themselves. It is amazing how good Danes are at writing songs for different occasions!
If you have been asked to give a speech remember to start writing it in good time and practice it. Before starting your speech, let the party know who you are and how you are related to the star of the party.
At the end of the dinner, the young guest of honour will give a speech or sing a song; thanking his/her parents and the guests.
Tip: Remember to raise your glass and skål with others every time they raise their glasses.
6. What to give as a Confirmation present? Usually there will be a wish list included in the invitation. It is quite common – and considered acceptable –  for the young people to ask for expensive gifts such as iPhones, computers, gold jewellery, gift certificates, and money as their confirmation gift.

However, if there is not a wish list, the safest option is to give money. This is completely acceptable and even encouraged, as opposed to giving money at birthdays or Christmas.
7. What is Blue Monday (Blå Mandag)? Oh did you think the party is over? Maybe for you, but all of those teens who were confirmed in the church on Sunday are going out to party all day on the following Monday afterwards. Even schools give them a free pass that day! Blue Monday is about having fun and blowing through a lot of that money they just collected.

The day consists of shopping, amusement parks and restaurants. And the only blue is the colour of their jeans and hopefully the skies over Denmark.

Blue Monday is not only a traditional day for teens but also a prime opportunity for thieves. Everyone knows that these young people are coming into the city with a lot of cash and new gadgets in their pockets and there are often reports of teens having their money, new smartphones and even their jewellery stolen on a Blue Monday. Best to keep that new stash at home!

8. How much does it cost to host a confirmation? According to Nordea Bank, the average Danish family will invite 37 guests to a confirmation party and spend 30,375 kroner on the food, the present and party clothing to celebrate their teens.

In Danish culture, confirmation is seen as a major milestone in a person's life so many families do not compromise on cost. The amount parents spend on confirmation has been a major topic in the Danish press as many fear that parents are more concerned with outdoing one another with lavish celebrations that can include limousine – or even helicopter! – transport and gifts that many would consider outlandish.
According to Nordea, around 12 percent of all confirmation parties now cost over 30,000 kroner – a 50 percent increase since just 2013. On the other hand, around 11 percent of all families keep spending below 7,500 kroner.
All in all, Nordea estimates that a total of 1.7 billion kroner will be spent on confirmations in 2016. 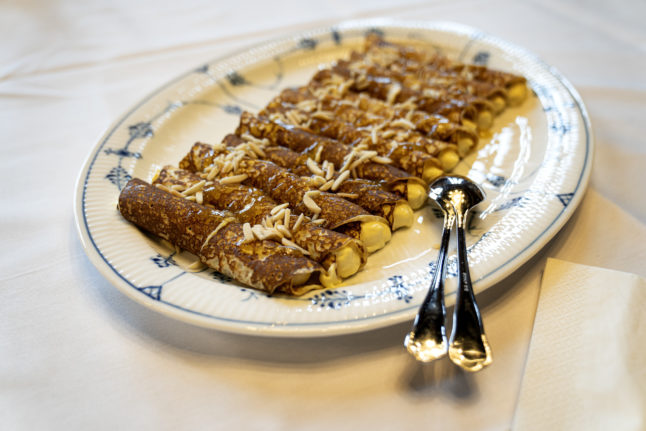 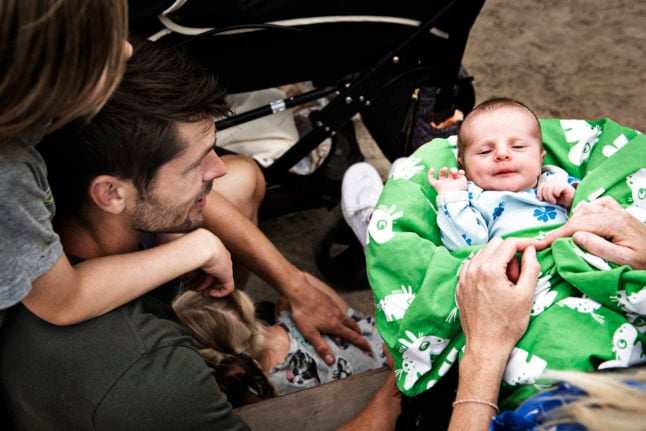 FAMILY
Explained: The rules for naming a baby in Denmark
Url copied to clipboard!