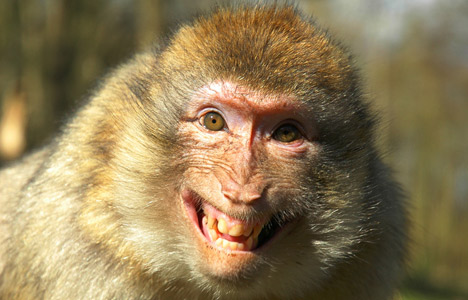 One of the monkeys was unfazed after gulping down banana mush infused with sleeping pills. Photo: Sue Tupling/Flickr
Zoo workers tried to wrangle the animals by setting out mushed bananas containing sleeping pills but the plan has thus far failed.
“One of the apes ate the whole damn thing. But an hour later it was still running around. The veterinarians can’t understand why it didn’t work,” zoo director Benny Johnson told news agency Ritzau on Tuesday.
Since their escape over the weekend, the macaques have been enjoying their freedom among the treetops of a nearby forest. Two of them have also been spotted checking out the nearby village of Balle.
Zoo officials said they planned to try once again with the medicine-infused banana mush. If that doesn’t work, they plan to build a large wire mesh cage on Wednesday and attempt to lure the monkeys in to it using bananas, apples, grapes and strawberries.
“Sweet fruits are a good lure. We’ll put a bunch of good stuff in [the cage] and hope that we can lure them in,” Johnson said.
The four macaques are around 40cm tall and while they are not considered dangerous, people are not advised to approach them.
Their escape from the Munkholm Zoo comes just a month after a Barbary macaque that escaped from the Blåvand Zoo was found dead after six weeks on the run. 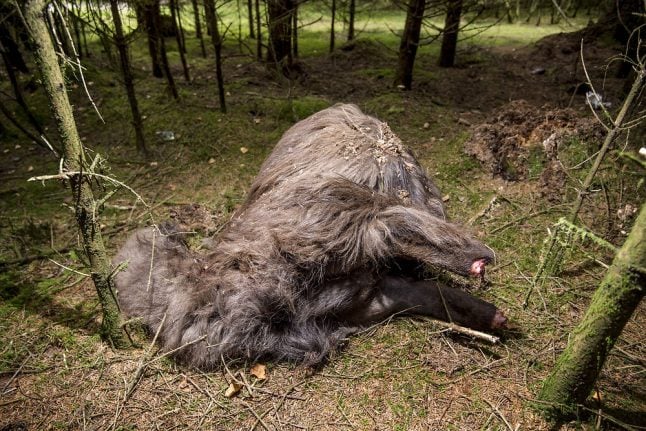