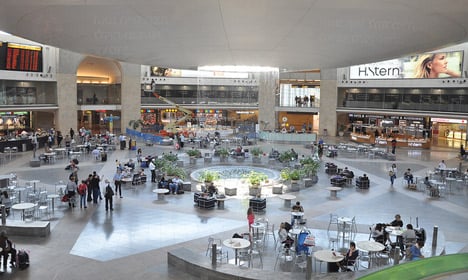 The politicians said they were harassed for hours at Ben Gurion Airport. Photo: Jorge Láscar/Flickr
Danish MP Johanne Schmidt-Nielsen of the left-wing Red-Green Alliance (Enhedslisten) and Leila Stockmarr, a consultant for the left-wing Alternative, said that they were detained and questioned for two hours by Israeli security officers upon arrival at Ben Gurion Airport outside of Tel Aviv.
Schmidt-Nielsen, one of Denmark’s most popular left-wing politicians, wrote on Facebook that she and Stockmarr were subjected to “pure harassment” by Israeli security officers.
“Leila Stockmarr and I have just come out of a two-hour security check at Ben Gurion Airport in Israel. Why were you in Bethlehem? Why did you run in Palestine [they ran a 10k race supporting Palestinian independence, ed.] ? Which Palestinians do you know? Why have you been in Jordan? Who do you know in Jordan?” she wrote.
“It ended with the confiscation of Leila’s computer for ‘security reasons’. Leila wrote her PhD on the Israeli weapons industry. Pure harassment. And simply so outrageous,” Schmidt-Nielsen concluded.

In addition to her PhD on Israel's weapons industry, Stockmarr has also written a number of opinion pieces in the Danish media that are critical of Israel.
Stockmarr’s computer holds internal information on both the Danish parliament and the Alternative party so party officials are now requesting answers from the Israeli Embassy.
“We will contact the Israeli Embassy to hear who has had access to the computer in all of the time it hasn’t been in our possession. There is naturally a lot of political things on it, access to parliament’s information and information on work that Leila and I have done together,” Alternative spokesman Rasmus Nordqvist told TV2.
“It is deeply criticizable that they are confiscating computers belonging to parliament. What is the security risk in that?” he added.
He told TV2 that the computer did not contain anything that “we fear the Israeli officials will get their hands on” but called it “problematic that a foreign land confiscates a computer belonging to the Danish parliament”.