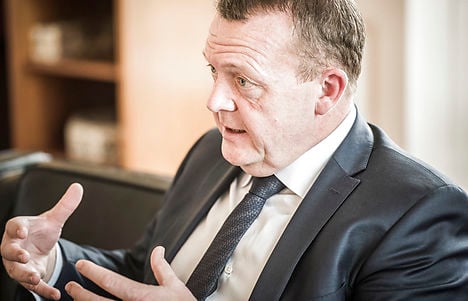 Lars Løkke Rasmussen said there would be much to discuss in DC. Photo: Asger Ladefoged/Scanpix
Also on the table at the US-Nordic Leaders Summit, which comes after a similar meeting when Obama went to Sweden in September 2013, will be the refugee crisis roiling Europe.
Danish Prime Minister Lars Løkke Rasmussen said there would be plenty to discuss in Washington, DC.
“For example, our joint fight against the terror organization ISIL, follow-up on COP21 and how we can have lasting and strong economic growth,” the Danish PM said in a statement.
The leaders of Finland, Iceland, Norway and Sweden will also be in attendance and there will be a state dinner in the evening hosted by Obama and his wife Michelle.
“This summit will be an opportunity to continue our close collaboration with the Nordic countries on a range of issues,” the White House said in a statement, referring also to the environment, “Arctic issues… and addressing the migration and refugee crisis in a humane and orderly way.”
“This summit will deepen US-Nordic cooperation while highlighting America's continued commitment to European security, transAtlantic trade, and the promotion of common democratic values.”