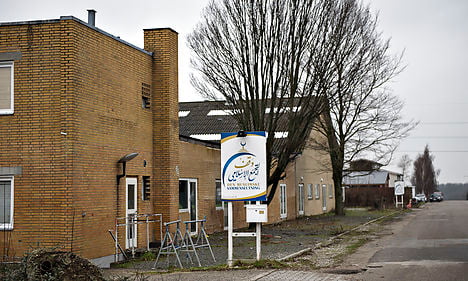 The Grimhøj Mosque in Aarhus has been at the centre of controversy for years. Photo: Henning Bagger/Scanpix
A hidden camera showed Abu Bilal Ismail, an imam at the mosque, teaching a class about what he says is the appropriate punishment for adultery.
“If a married or divorced women engages in fornication, and she is not a virgin, she should be stoned to death,” Ismail says in the video clip.
“If someone violates their marriage, either man or woman, they commit adultery and their blood is thus halal [acceptable under Muslim law, ed.] and they should be killed by stoning. If the woman is a virgin, the punishment is whipping,” he says.
The clip also shows the imam advocating an “eye for an eye” policy.
“If someone kills a Muslim, then they should be killed,” he says, before adding that anyone who abandons their religion should also be killed.
See also: VIDEO: Danish imam calls for death to Jews
This is not the first time that inflammatory remarks by Ismail have been caught on camera. In July 2014, a video emerged of him calling on God to “destroy the Zionist Jews”.
The mosque itself is also not stranger to controversy. In September 2014, Grimhøj Mosque made international headlines after declaring its support for the terrorist group Isis. In January 2015, the mosques’s chairman, Oussama El-Saadi, doubled down on the comments in a DR documentary, saying “we want the Islamic State to come out on top. We want an Islamic state in the world.”
See also: Danish mosque doubles down on Isis support
The mosque also has ties to the now-deceased Abdessamad Fateh, the first Danish citizen to ever be added to the United States' terror list, and East Jutland Police believe that around two dozen foreign fighters who have left Denmark for Syria or Iraq have worshipped at the mosque.
There have been numerous unsuccessful political attempts to close Grimhøj Mosque down and following the new TV2 programme, politicians of all stripes once again came out swinging against the mosque.
“It is completely unheard of that there are people in Denmark preaching this sort of thing. It clearly does not belong here. He [Abu Bilal Ismail, ed.] doesn't belong in Denmark either,” Integration Minister Inger Støjberg told Ritzau, adding that there are limits to what the government can do about the mosque.
Marcus Knuth from the ruling Venstre party said it’s unbelievable that the same mosque can be the centre of repeated controversies.
“What is so shocking is that there are so many cases involving this mosque and that they just keep coming. That is almost the worst thing – that they haven’t learned anything and still practise these types of things and encourage this Stone Age behaviour,” he told TV2.
East Jutland Police said on Twitter it would “investigate the remarks further and determine if it is a punishable situation”.
The mosque declined to respond on camera to the remarks captured on hidden video but told TV2 that the imam had been tricked by the broadcaster’s “spy”.
“Our imam needs to answer what he has read on Sharia, when TV2’s spy asks him about Sharia. We can’t cheat and say incorrect things about our religion.” El-Saadi said.
“We believe in Islam as it is, but as our imam says we live in Denmark, where there is freedom, and we followed Danish rules and Danish laws. So stoning and whipping aren’t valid in Denmark,” he added.
TV2’s programme, ‘Moskeerne bag sløret’ (Mosques behind the veil), airs Tuesday night at 8.50pm. 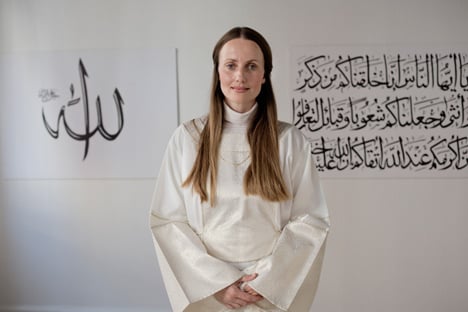 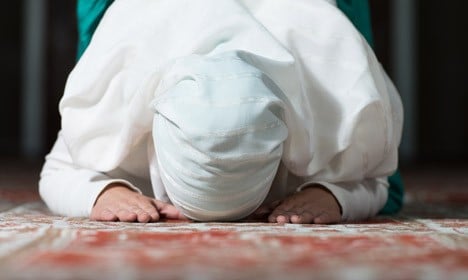