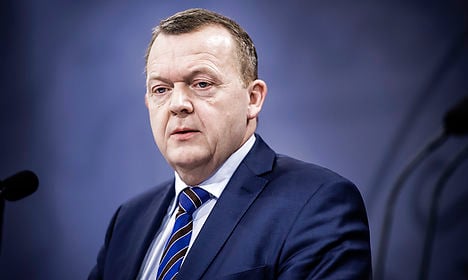 PM Lars Løkke Rasmussen: "We have nothing to be ashamed of." Photo: Thomas Lekfeldt/Scanpix
As Denmark's much-discussed provision to allow authorities to seize cash and valuables from migrants took effect on Friday, the PM said that national concerns about the law's effect on Denmark's standing in the world are baseless.
The bill has received extensive international attention, with some critics even drawing parallels to the Nazis’ confiscation of valuables from Jews – comparisons vehemently rejected by Rasmussen and others in Danish government, many of whom have repeatedly called the bill “the most misunderstood legislation in Danish history”.
See also: Denmark faces backlash over 'despicable' 'jewellery law'
Some have argued that legislation has caused damage to Denmark’s international reputation on a scale not seen since the ‘Mohammed crisis’ from a decade ago but on Thursday, Rasmussen dismissed the idea that the Danish brand is severely damaged, telling Politiken that “we have nothing to be ashamed of”.
“We don't have a bad reputation. I haven’t met any of my [international] colleagues who have given me the impression that Denmark has a bad reputation,” he said.
“I must admit that I don’t buy into the description of the situation Denmark faces. It might be that just because a left-wing British newspaper like The Guardian makes a drawing of me, we take that in Denmark to mean that the whole world doesn’t know what kind of country we are,” he added.

The PM was referring to a cartoon that depicted him in a Nazi-like uniform while surrounded by the nation’s largest export successes: pork, Legos and a slogan that called the PM’s Venstre party “probably the stupidest political party in the world”, a play off of Carlsberg’s ‘probably the best beer in the world’ tagline.
“It’s a particular Danish discipline to be masochistic and let some selective newspaper clippings whip things up. Denmark has nothing to be ashamed of,” he told Politiken.
Since the international community heaped its criticism on Denmark, it has come to light that several other countries have similar confiscation laws on the books, including neighbours Germany, Sweden and Norway.
Rasmussen's comments about Denmark's reputation were made in conjunction with an international donor conference for Syria, to which the PM promised to give an additional 400 million kroner ($60 million) over the next four years, bringing Danish contributions up to a total of 688 million ($103 million).
“We were the country last year that gave fourth-most per capita to efforts in [Syria's] surrounding countries. We gave twice as much as the Germans and 50 percent more than the Brits. We definitely have nothing to be ashamed of,” the PM said.