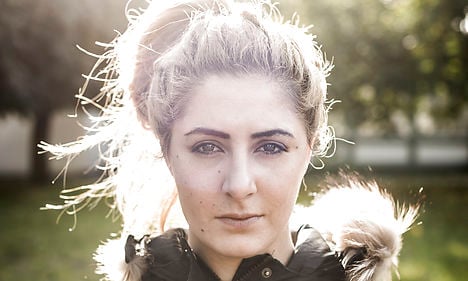 Joanna Palani. Photo: Asger Ladefoged/Scanpix
The Copenhagen City Court on Thursday ruled that Danish police were within their rights to confiscate the passport of a Danish-Kurdish women who fought against the terror group Isis in Iraq and Syria.
Joanna Palani, a Danish citizen who came to the country as a three-year-old refugee, challenged the confiscation of her passport arguing that by fighting against Isis alongside Peshmerga forces, she was supporting Denmark’s interests.
“How can I pose a threat to Denmark and other countries by being a soldier in an official army that Denmark trains and supports directly in the fight against the Islamic State?” she wrote on Facebook in October.
Palani, 22, has fought alongside the Kurdish Peshmerga forces, which are supported by Western nations including Denmark. She thus argued that she should not be punished under Denmark’s new so-called ‘foreign fighter’ rules that are meant to make it easier for authorities to stop Danes from joining terror groups.
The Copenhagen City Court ruled against Palani, arguing that she has actively taken part in armed conflicts in Syria and Iraq, makes no secret about her desire to return to the battlefield and had been trained in military camps.
Her lawyer, Thorkild Høyer, said he would appeal the decision to the Eastern High Court.
“She has never been charged or convicted of anything in Denmark. In each and every interview she gives, she expresses her belief in Danish values and on top of that she is supporting a cause that we have gone to war for via the [international] alliance [fighting Isis],” he told Politiken.
Høyer argued that the court has misunderstood the point of the ‘foreign fighter’ law.
“The law is aimed at those who join Isis. In the preparations for the legislation and in the public debate, it was made clear that that is who this was supposed to be about. She joined official forces that are allied with Danish soldiers,” he said.
Before leaving Denmark, Palani acknowledged that she was running a legal risk.
“I fear that if I go down there, if someone goes down there, and comes back – after fighting for the rights of the Kurds and for Kobane – I fear that the Danish authorities will come after them and it will have major consequences,” she said in a video interview with Politiken.
Still, she said that she felt the need to join the Peshmerga forces.
“I as an individual can’t save the world – I’m not Superman. But I can contribute and if I know that something is very wrong and I know that I can make a small difference even for just one person, then I will do it,” she added.
In addition to having her passport revoked, Palani also faces a one-year travel ban which took effect on September 29, 2015.
Url copied to clipboard!