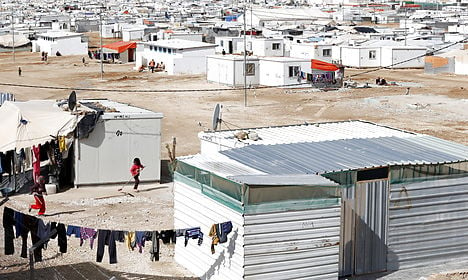 Denmark and Norway both placed within the top three of countries giving money to support humanitarian action for Syrian refugees, according to a new report from charity Oxfam.

The report, published by the organisation ahead of a donor conference co-hosted by Norway in London on Thursday, measures the contributions of individual countries against what Oxfam assesses as being a ‘fair’ amount. The ‘fair’ amount is calculated based on funding made available relative to gross national income.

According the report, both Denmark and Norway contributed over three times their ‘fair share’ of funding for response to the Syrian crisis in 2015, with Norway at 385 percent and Denmark at 318 percent of their respective ‘fair’ contributions. Only Kuwait, with a 554 percent contribution, trumped the Danish and Norwegian efforts.

The lowest country in the table was Russia, with just one percent of its 'fair' contribution. Oil-rich Gulf states Saudi Arabia and Qatar came in at 28 and 18 percent respectively.

“Look at Norway, Belgium, and Kuwait. They have given much more than their fair share in aid. How can France, Saudi Arabia, and Russia explain their shortfalls?” Oxfam Andy Baker said in a press release.

Denmark, which is cutting 2.3 billion kroner in development aid, fared considerably worse than Norway in a second Oxfam analysis which measured the number of refugees accepted by individual countries signed up to the UN Refugee Convention.

Based on what Oxfam terms ‘resettlement and humanitarian pledges’ – the number of refugees each country has promised to take in in 2016 set in proportion to gross national income – the report finds that Denmark has only promised 16 percent of its fair contribution.

Norway stands at 260 percent in the resettlement analysis, making it the top scorer of any country. Oxfam touted Norway's tradition of having “consistently shown generosity in resettling refugees”, although that praise comes at time when the United Nations has criticized Norway for sending rejected asylum seekers to Norway and proposing to make refugees and foreigners wait four years before bringing their family members into the country.

Along with Norway, only Germany, Canada and Australia were considered to have met the organisation’s ‘fair’ criteria for resettlement. Russia has not agreed to resettle any refugees so far in 2016, according to the report.