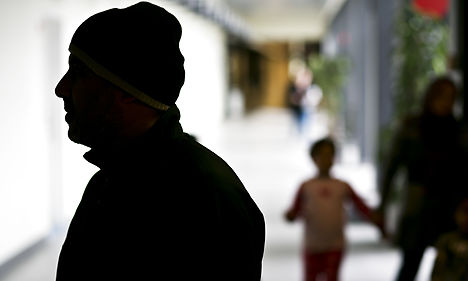 Asylum seekers at Asylcenter Helsingør. Photo: Mikkel Østergaard/Scanpix
The Danish People's Party (DF) has already reached agreement with Prime Minister Lars Løkke Rasmussen's minority government to retroactively lower social benefits for those granted asylum under the previous centre-left coalition, DF's spokesman on immigration issues Martin Henriksen told AFP.
He also expected legislation to be passed making it easier to deport refugees who have committed crimes.
“We have influenced them in several different areas and we see that as our job,” Henriksen said of the government.
“It wouldn't be the first time that the Danish People's Party has to work to get curbs [on immigration] through parliament,” he added.
On Tuesday, when Denmark's parliament adopted the reforms aimed at dissuading migrants from seeking asylum by delaying family reunifications and allowing authorities to confiscate migrants' valuables, Rasmussen's right-wing Venstre government said it had no immediate plans to tighten asylum rules further.
“At the moment, no, we do not. We've introduced several pieces of legislation to keep the amount of asylum at a manageable level,” Marcus Knuth, Venstre's spokesman on immigration issues, told AFP.
See also: Here's what Denmark's new immigration bill means for you
In order to pass legislation the right-wing minority government needs parliamentary backing from DF, which became Denmark's biggest right-wing party in last year's general election.
“A lot of the curbs that were adopted yesterday have only been introduced because the Danish People's Party has pushed for them,” Henriksen said.
“The government initially proposed a package of migration laws that was much smaller than what was passed yesterday,” he added, noting that DF was the first party in parliament to raise the issue of whether migrants' valuables could be used to pay for their stay in asylum centres.
DF is also behind a resolution, passed by lawmakers last week, pushing the government to look into the construction of temporary housing complexes outside cities for refugees, like the country did during the Balkans war in the 1990s.
DF sees it as a first step towards building state-run camps where refugees would stay without integrating into Danish society.
The government has opposed the idea.
International outrage against Denmark has focused on the plans to take cash and valuables from refugees to help pay for their stay in asylum centres, while rights activists have blasted a proposed three-year delay for family reunifications as a breach of international conventions.