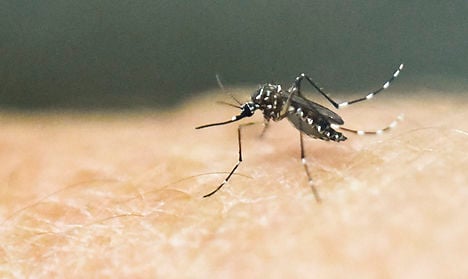 The Aedes Aegypti mosquito transmits the Zika virus. Photo: LUIS ROBAYO/Scanpix
The mosquito-borne Zika virus is feared to be connected to a birth disorder that results in babies being born with severely undersized heads, causing major development issues and even death.
The infected Dane, however, is a young male.
“It is a younger man, so it’s naturally not someone who is at risk of having problems with his foetus,” Lars Østergaard, the head of the Aarhus University Hospital’s infectious medicines department, told broadcaster DR.
There has been a major breakout of the Zika virus in Latin America, with 4,000 cases reported in Brazil alone since November. The virus is now being reported throughout Central and South America and has also travelled to the United States via infected tourists.
According to the World Health Organization, the virus is expected to spread to all countries in the Americas except Canada and Chile.
Britain has also reported a handful of cases in travellers returning from South America.
The Danish man came in to Aarhus University Hospital complaining of flu-like symptoms and tests carried out on Tuesday evening confirmed he was carrying the virus. He was in overall good health and was discharged from the hospital.
Østergaard said that because the Aedes mosquito that carries the virus isn’t found in Denmark, there is no major risk that Zika will spread. There have been however, two individual cases in which the virus was spread through sexual contact.
Url copied to clipboard!